Rugby: All Blacks unchanged for final 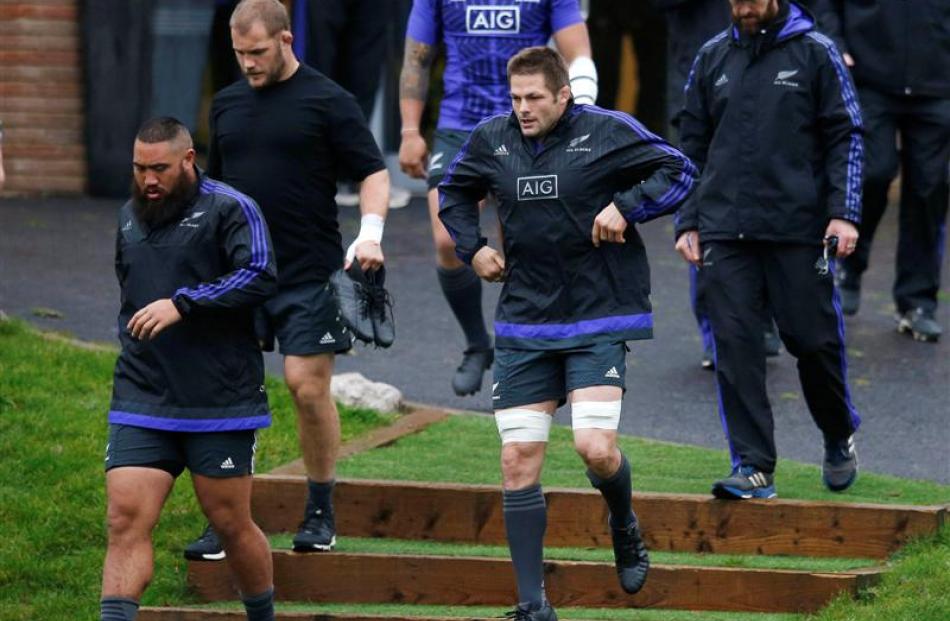 From late addition to the All Blacks' squad to a place in the starting team for the World Cup final against Australia, prop Joe Moody's dream tour continues.

Drafted into the squad as a replacement for Tony Woodcock once the former Blues player tore his hamstring in the final pool game against Tonga in Newcastle, Moody was named on the reserves bench for the quarterfinal against France in Cardiff a few days later. It was a match in which he excelled despite the high stakes and recent long-haul travel.

Replacing Wyatt Crockett in the first half, Moody was outstanding all over the field, a performance which cemented his starting spot against the Springboks in the semifinal at Twickenham.

Now Moody, 27, faces the ultimate test after being given his opportunity due in part to Crockett's groin injury, from which the Crusader has not recovered in time.

It means All Blacks coach Steve Hansen has retained the starting XV which held off the Boks 20-18, a display of trust in his men who did the job in the toughest of circumstances at the so-called home of rugby.

Crockett's unavailability is a minor blow, but Moody, along with the rest of the All Black pack, will be expected to exert pressure on a Wallabies scrum which has improved in recent times but which appeared vulnerable against Argentina in the Australians' 29-15 semifinal victory.

Michael Cheika will be hoping to name loosehead prop Scott Sio following his elbow injury in the controversial quarterfinal win over Scotland. If not, and James Slipper starts, the All Blacks should have an automatic advantage.

In naming his side, Hansen recognised the different paths to the final that the transtasman neighbours have followed. Apart from their first-up test against the Pumas, the All Blacks were in cruise mode until France, but fully tested against the Boks. The Wallabies, on the other hand, have been scrapping for their lives since their opening pool game against Fiji six weeks ago. Their only relatively easy match was a 65-3 blowout against Uruguay.

"We've had the luxury of building game by game throughout the whole tournament, whilst Australia have had to be at their very best right from day one," Hansen said. "Mental fortitude and physical endurance, together with skill execution and sheer desire, will be the key ingredients come Saturday."

Hansen added: "We came here as contenders for the cup, just like everyone else. In our minds, we have never been defenders. We knew we would have to earn the right to progress through the tournament so being in the final is very satisfying in its own right, as it's the first Rugby World Cup final an All Blacks team has made in the UK. But the ultimate goal has always been to win it, so we are exactly where we need to be to try and achieve that.

"We've had a great preparation so far this week at Pennyhill; the boys are feeling really fresh and energised. We're building towards Saturday's match with a growing sense of determination and real excitement and I couldn't be happier with where we are at.

"We know that all our fans here and at home are as excited as we are. Once again, we'd like to thank them for all their good wishes and support, and we'll be looking to put in a performance all of us can be proud of."

This will be the first time the All Blacks and Australia have met in a World Cup final. They have met three times in semifinals - in 1991, 2003 and 2011. Both teams have won the tournament twice before.

All Blacks team to play Australia in the World Cup final at Twickenham on Sunday, kick-off 5am NZT, is: