Rugby: 'The longest two minutes of my life' 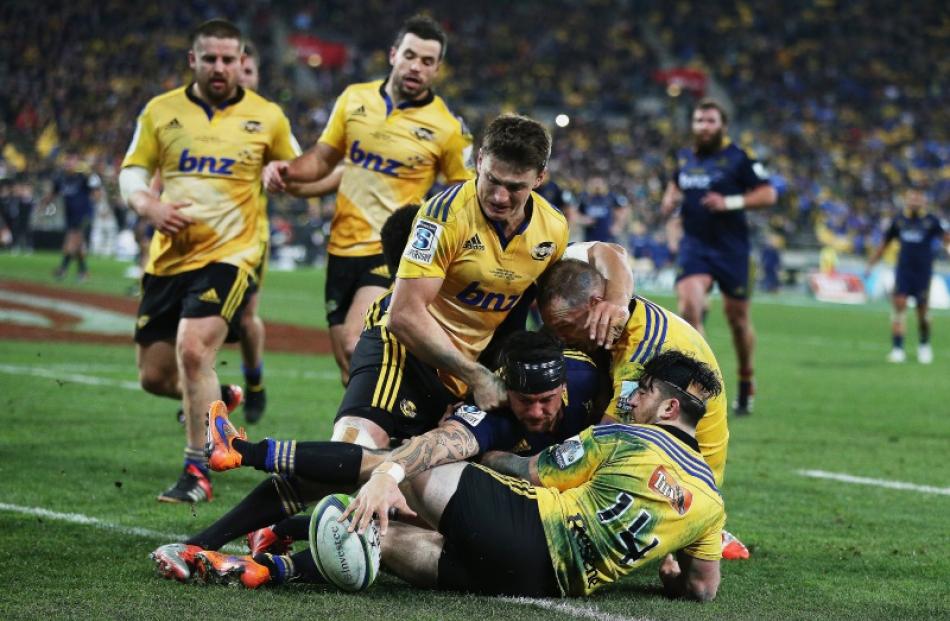 Elliot Dixon of the Highlanders dives over to score a try during the Super Rugby Final match between the Hurricanes and the Highlanders at Westpac Stadium in Wellington. Photo by Getty

After expending every last ounce of energy on the field, Elliot Dixon experienced mixed emotions while watching the Highlanders close out their maiden Super Rugby title.

"It was fun to watch that [from the bench]," said the man of the match. "But the last two minutes were the longest two minutes of my life."

With the level of trust the Highlanders' forwards clearly have in one another, Dixon needn't have worried. All season they've been under-rated, hearing labels like 'unheralded' and having their achievements affixed with a disclaimer about their lack of All Blacks, compliments only in the back-handed sense.

And all season they've trumped pack after pack, particularly in the playoffs. First it was a fearsome Chiefs outfit featuring the world player of the year, then a Waratahs unit with a full eight internationals, and tonight a Hurricanes group who had earned plaudits for their vast improvements.

The Highlanders' forwards, however, simply swatted aside any pre-conceived notions and went about laying the platform for win after win, muscling up at the breakdown, sparking rapid transitions from turnover ball and tackling themselves to a stand still.

That last feature was most apparent after a game in which the Hurricanes - the most lethal attack all season - were held to a solitary try and forced to rely on penalties in a miserly second spell.

Where did the southern side find the strength, having played three do-or-die games in three weeks? How did they repel all the pressure and plug every hole as soon as it threatened to open?

"I think it's just because we knew that was the last 80 of the season," Dixon said. "We knew that after this we could go and lax out and do whatever we want."

Dixon said that included a few "lemon, lime & bitters" at the team hotel, before meeting up with the New Zealand Maori for a trip to Fiji. And in Dixon, the Maori clearly have a burgeoning talent.

The loosie led his side with 13 tackles in the final and still found enough power to muscle his way over the line before halftime, a try that provided his side an eight-point lead at the break. Hardly known for his try-scoring prowess, Dixon was asked what he would have said had someone suggested pre-game he would have such a vital contribution.

"I'd probably have told him to go shove it," he laughed. "It was pretty awesome - I just saw that white line and just wanted to get there. I managed to get a couple of week shoulders and just carry a couple of boys over."

Whether Dixon managed to ground the ball was the subject of some conjecture. The player himself looked far from convinced after hauling himself to his feet, while Hurricanes coach Chris Boyd, unsurprisingly, believed an error was made.

"I actually thought he lost the ball," Boyd said. "But we tend to look at those things out of our own eyes. The TMO and the referees were confident that he'd scored so it's in the book, isn't it?"

It certainly is, and so is the Highlanders' first Super Rugby title. And with Nasi Manu the only senior player set to depart, who would bet against the unfancied mob from the deep south soon adding to their collection.