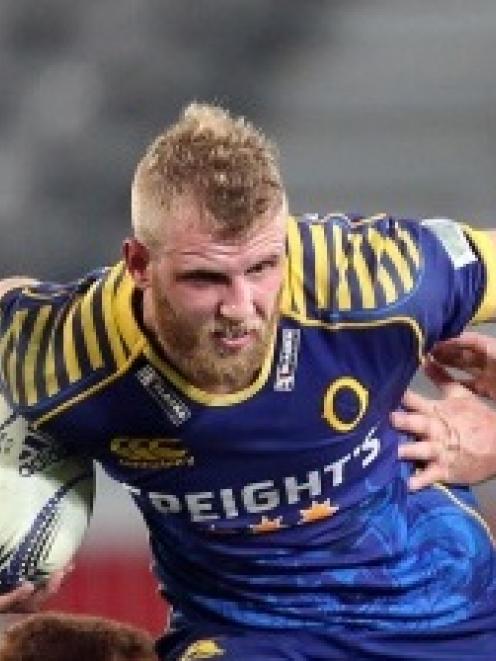 Josh Dickson was one of Otago's best players against Northland.
ODT Online rugby writer Jeff Cheshire rates Otago's players on their performance in the 54-36 win over Northland last night.

Tony Ensor 8.5/10: Could do no wrong on attack. Used his speed to find gaps regularly, making runs on the counter and coming into the line well. Set up two tries then scored a third in an outstanding first half. Loses half a mark for a defensive mis­read which contributed to a try being conceded.

Jayden Spence 7/10: Got himself involved in the second half, made a couple of good breaks, one of which he nearly scored from, while also grabbing a breakdown turnover.

Michael Collins 7/10: Another who put on a good showing, having a few nice touches and threw a good ball to Ensor for the third try. Solid on defence and took good options with the ball.

Tei Walden 6/10: Nothing spectacular, although he didn't need to be. Was tidy and did his job well. Copped a big hit early in the second half and was replaced shortly afterwards.

Jack Wilson 6.5/10: Was dangerous with ball in hand, making some good breaks down the left side of the park in the first half.

Fletcher Smith 7/10: Outstanding in general play, ran and passed well, taking the ball to the line to commit defenders and created a couple of tries with his offloads. Loses a point for an average goal kicking performance - harsh as that may seem, in a close game leaving so many points on the field is the difference between a win and a loss.

Josh Renton 7/10: Passed and kicked well, made one good run and got an offload away, although it went forward.

Charlie O'Connell 6.5/10: Left with injury in the first half, but worked hard while he was on. Did well to hold up the ball runner tie the ball up a couple of times and was good in supporting the ball carrier on attack.

James Lentjes 7/10: Tackled, made a couple of good runs and got around the field well. Another who did well at holding up the ball runner to tie the ball up.

Jackson Hemopo 6/10: Had one good carry where he made 15 metres or so and got through plenty of work on defence. Got better as the game went on in the middle of the lineout.

Blair Tweed 7/10: A typically busy night. Made a ton of tackles, got to rucks, carried the ball a few times and did everything with physicality.

Josh Dickson 8/10: Outstanding in the air and in general play. Was a safe target in the middle and at the back of the lineout, while showing good speed off the ground to compete at the front. Secured a breakdown penalty and was fairly active around the field.

Donald Brighouse 6.5/10: A bit quiet around the park, although was part of a good scrum, which is primarily what he is there for, so deserves credit for that.

Liam Coltman 7.5/10: Fast around the field, got through a lot of work in the tight in making tackles, getting to rucks and carrying the ball.

Aki Seiuli 6/10: Pretty quiet by his usual standards, although like Brighouse was part of a strong scrum and deserves credit for that.

Sekonaia Pole 5/10: Got pretty involved, although had a few bad missed tackles which came from going too high in the tackle.

Hisa Sasagi 5/10: Came on with 25 minutes to go, did a few good things but in general did not make a huge impact.

Craig Millar 5/10: Similar to Sasagi, made a few tackles but not a huge impact.

Adam Knight 5/10: Popped up a few times although like the other reserve tight five players, didn't have a huge influence.

Naulia Dawai 7/10: Replaced O'Connell in the first half and did well. Got around the field quickly on defence to tackle well, including a good cover one. Had a couple of good runs with ball in hand too.

Kaide Whiting 6.5/10: Had one of his better games. Passed well, was good in his support play and made a good cover tackle which Spence secured a turnover from.

Peter Breen 6/10: Did not have a lot to work with, but broke a tackle and threw the final pass to Michael Collins to set up the try which brought up 50.

Sio Tomkinson 5/10: Had few nice touches on attack and did some good things on defence, but also had a few bad missed tackles too, which came from going too high again. If he can sort that problem, he looks to be a good prospect. 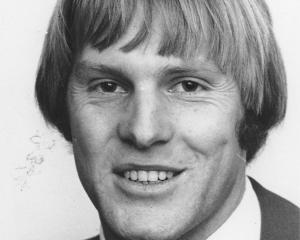 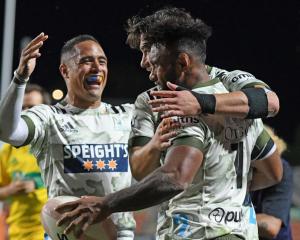