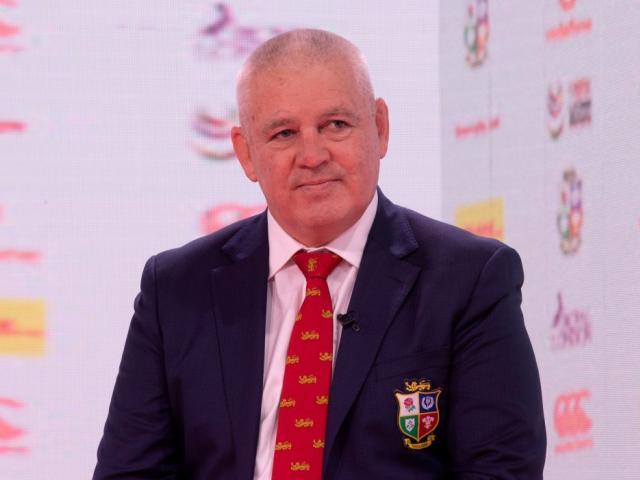 Warren Gatland chose the try-scoring No8 ahead of Billy Vunipola for the tour of South Africa.

Following a final, four-hour selection meeting yesterday, Gatland extended his squad by one to 37.

But there was still no room for Ireland’s injury-hit Johnny Sexton as Owen Farrell, Dan Biggar and Finn Russell will battle for the first five-eighth shirt.

Other notable absentees were England's Manu Tuilagi and Kyle Sinckler as well as Billy Vunipola plus Wales's 2017 man of the series in New Zealand Jonathan Davies.

Flanker/lock Courtney Lawes, who has not played since February due to a pectoral injury, earned a spot as one of 11 Englishmen in the group.

Among the other relatively surprise selections were Ireland duo Bundee Aki and Andrew Porter plus centre Chris Harris of Scotland, who were rewarded for their best Six Nations display for years by the inclusion of eight players. The Scots have not had a starting test Lion since prop Tom Smith in 2001.

Alun Wyn Jones, fresh from leading Wales to the Six Nations title, was named captain as he bids to add to his nine Lions Test caps. He is one of 10 Welshmen in the squad.

"In all my time in coaching this is the most challenging squad I've ever been involved in picking," said Gatland, who is Lions head coach for the third time having also been an assistant on the last tour to South Africa in 2009.

"It is trying to get the balance. At the end of the day, selection is just a matter of opinion."

That contrast in opinions could not have been starker than in the case of Simmonds. Eddie Jones first picked him for England in 2017 but dismissed him as too light after his last appearance in the 2018 Six Nations.

Simmonds is this season’s leading tryscorer in the Premiership with 14 - more than anyone has managed in an entire season for four years.

After helping Exeter to their first Champions Cup title last season he was named European Player of the Year and his pace and mobility will give the Lions a real option as he battles Taulupe Faletau for the Number Eight position.

As well as the forward power the Springboks showed in the 2019 World Cup final win over England - the last time they played a match - Gatland also has painful memories of the 2009 tour when the hosts, also world champions at the time, played their part in some of the most brutal tests of the modern era.

"We played pretty well in the lead-up games and then the physicality they brought to the first test was something we weren't quite ready for," he said.

"We made a few changes after halftime and some selection changes for the second test and think we restored some respect into the jersey but we were disappointed as we felt we could have won or drawn that series."

The physical aspect was also behind the omission of Sexton, the starting flyhalf in five of the last six Lions tests but rarely able to string together a run of injury-free games these days.

This year's series, with the dates still to be finalised, is set to be played in empty stadiums, or certainly with no overseas fans, a far cry from the amazing noise and atmosphere usually generated by tens of thousands of travelling supporters. "You can't imagine a Lions tour without the fans but we have to do that," said Gatland. "Our job is to put on a performance for everybody we know will be supporting us from afar."