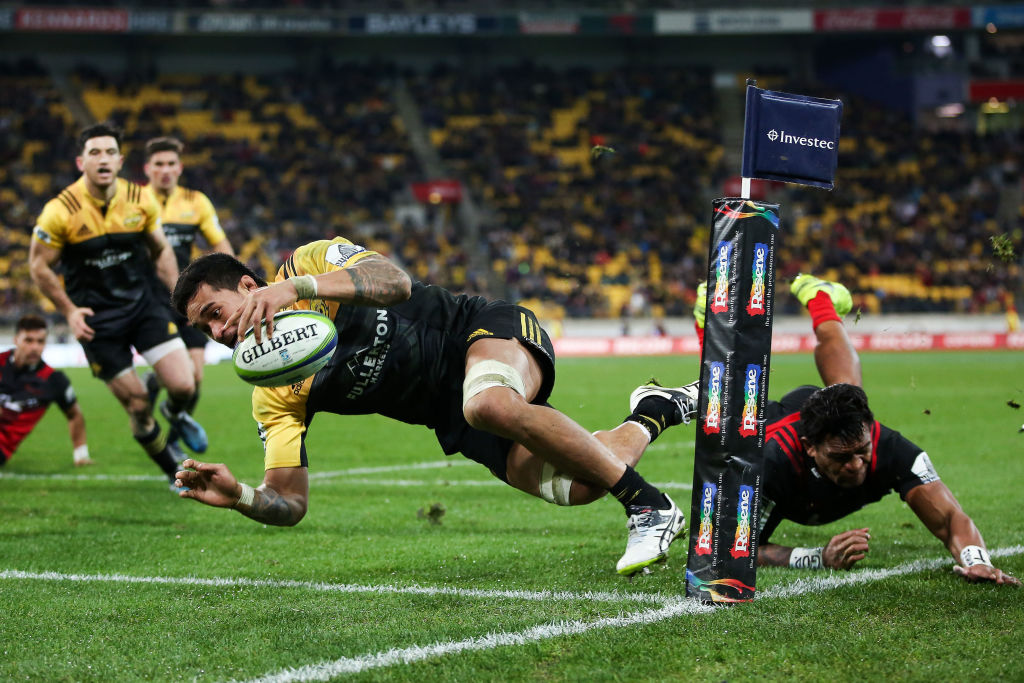 Vaea Fifita of the Hurricanes scores a try. Photo: Getty

On the back foot throughout, somehow the Hurricanes have denied the Crusaders an unbeaten season and booked a favourable quarterfinal in Canberra next week.

Scott Robertson's Crusaders arrived in Wellington having won 14 straight Super Rugby games and chasing the third unbeaten season in history. It was not to be. Their forwards did all they could but, in the end, they will blame a horror penalty count (15-7), and lament some touches of class from the Hurricanes.

The Hurricanes' 31-22 victory has major implications for the overall competition. The defending champions will now meet the Brumbies next week, while the Chiefs are forced to trek to Cape Town and face the Stormers. Just as they did last year. 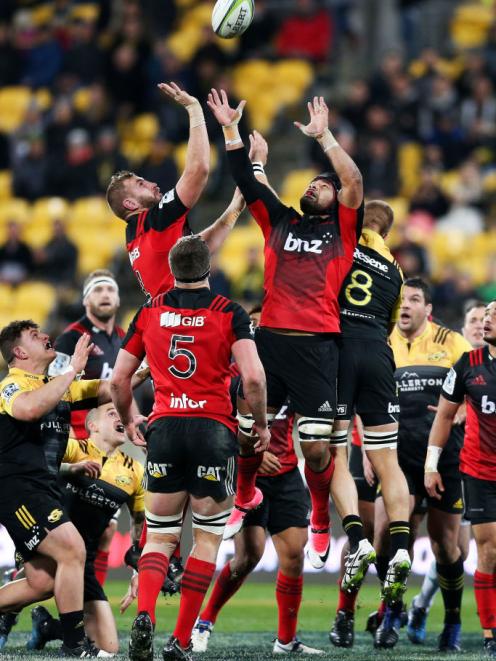 Luke Romano and Jordan Taufua of the Crusaders compete for a loose ball. Photo: Getty

The Crusaders must, meanwhile, wait to see if the Lions can beat the Sharks in Durban early Sunday morning (NZT). Victory for the Lions would secure them top spot and set up a southern derby between the Highlanders and Crusaders.

The Hurricanes deserve immense credit for overcoming adversity. Pre-match they lost Beauden Barrett to a virus which necessitated a major backline reshuffle. Otere Black handled his call up with composure.

Other than one defensive error where Israel Dagg stood him up, likewise Jordie Barrett his move to centre.

This was an engrossing end-to-end match, one worthy of a finals stage. It featured contrasting approaches: the Crusaders' forward dominance versus moments of brilliance from the Hurricanes backs.

Ball in hand the Hurricanes looked far more dangerous, defying the back foot platform they battled all night.

Fresh off his starting debut for the All Blacks, Ngani Laumape was again influential with his power carries and subtle footwork at the line. Julian Savea didn't cover himself in glory on defence but he out-leapt Dagg to claim one try, and got involved at other times.

And on the other wing, Wes Goosen grabbed every chance that came his way.

Sam Lousi and Ardie Savea stepped up but with their pack largely dominated, it was always going to be struggle for the Hurricanes to stay in the fight. But stay in the fight they did. Jordie Barrett's immaculate boot proved influential, knocking over the match-winning penalty in the 77th minute.

Richie Mo'unga and Dagg were prominent for the Crusaders; Scott Barrett up-front. But they couldn't find enough spark when it mattered most.

One point was the difference heading into the final quarter. Vaea Fifita crashed over out wide to give the Hurricanes the decisive lead but they still had to survive as Mitchell Drummond was penalised for a double movement. 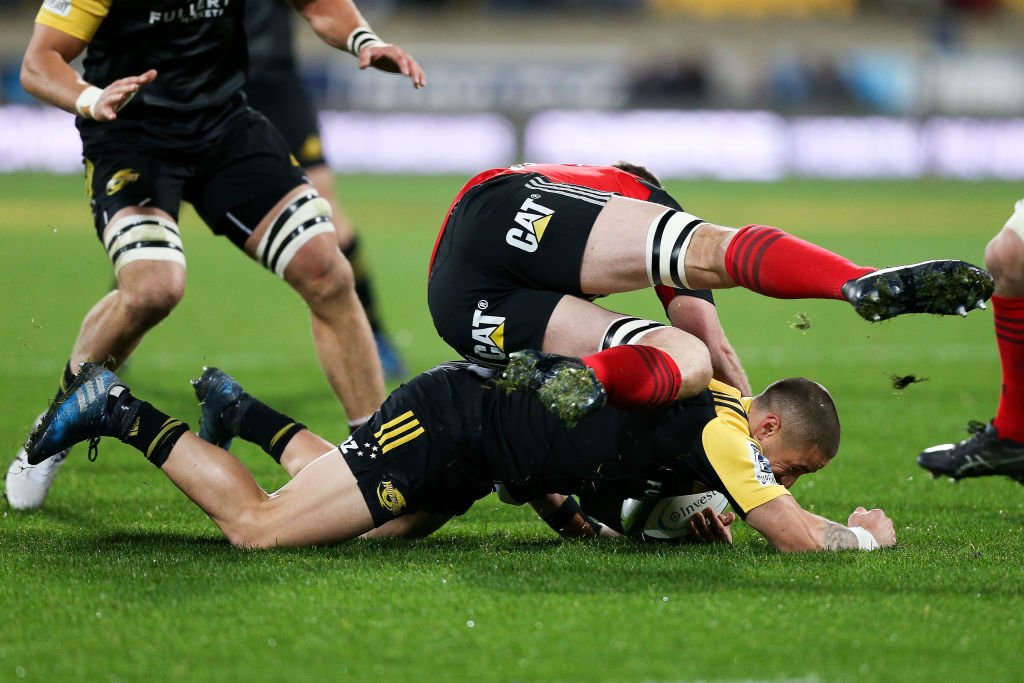 TJ Perenara of the Hurricanes is tackled by Matt Todd of the Crusaders. Photo: Getty

In the face of the Crusaders' relentless defensive line speed, the Hurricanes' new backline combinations initially battled to gel as passes frequently hit the deck. Defensively, the Hurricanes made some poor decisions to chase intercepts, allowing Seta Tamanivalu to waltz in for two easy tries in the first 15 minutes.

From then on, though, the Hurricanes slowly worked their way back.

Remarkably the Crusaders lost nothing by resting their full All Blacks front-row, such was their continued scrum dominance. At the breakdown the visitors contested everything with vigor - Matt Todd a standout in this area.

Collectively the Crusaders flooded in numbers and successfully slowed the Hurricanes ruck ball, rattling TJ Perenara at times. The All Blacks halfback's option taking was off on occasions and his frustrations were evident when he was penalised for sniping at referee Glenn Jackson.

To be fair, Perenara received some terrible ball and, thus, could rightly turn to his forward pack and demand more aggression, urgency and commitment in future. It wasn't just the scrum they struggled. Their lineout battled to execute, and they were also exposed on the counter ruck.

Despite those issues the Hurricanes showed character to keep coming, and they are rewarded by avoiding long-haul travel and now have much better chance of defending the title. 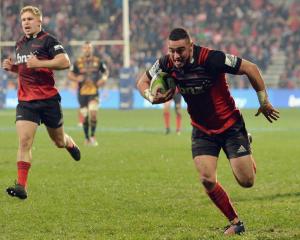 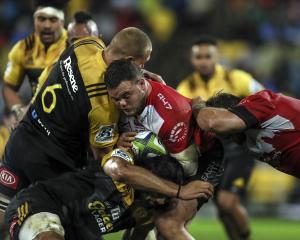 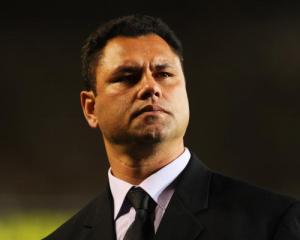 Rugby: Crusaders ready to go after roughing it 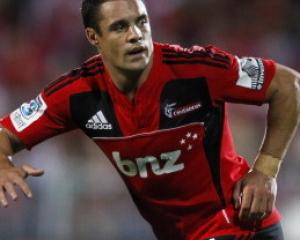 Rugby: Carter back at 10 for Crusaders 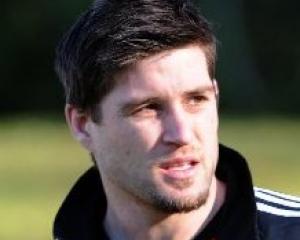 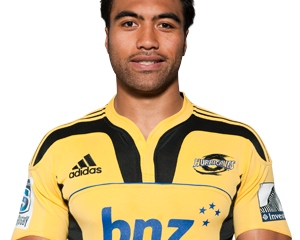 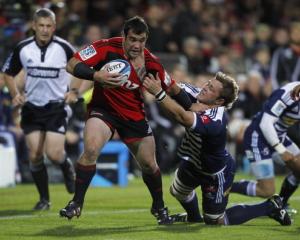 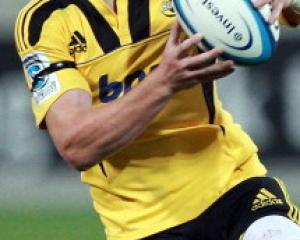