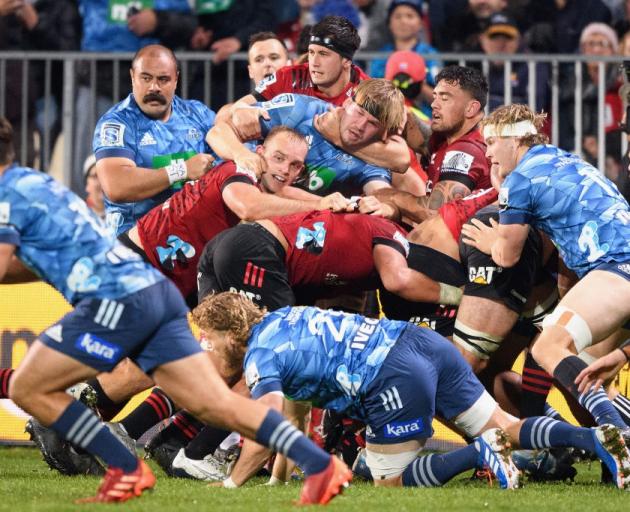 Here's all you need to know about the title chances of the Crusaders, Blues and Hurricanes.

Crusaders to win scenario
As it stands:

Need one win from their two remaining games to win the title. Pretty simple.

Blues to win scenario
As it stands:

Need to beat the Crusaders in their final game and hope the Crusaders lose to the Highlanders. There is also chance both teams could still end on 26 in this scenario, but Blues would have won more games so they would have the tiebreaker.

Hurricanes to win scenario
As it stands:

The 'all three teams finish on the same points' scenario

Yes it's possible. The Crusaders, Blues and Hurricanes could all finish on 26 points.

The Hurricanes would need the maximum 10 points in victories over the Chiefs and Highlanders. If this did happen then the title would be decided between the Blues and the Hurricanes as they would both have more wins than the Crusaders. Points difference would be the decider.