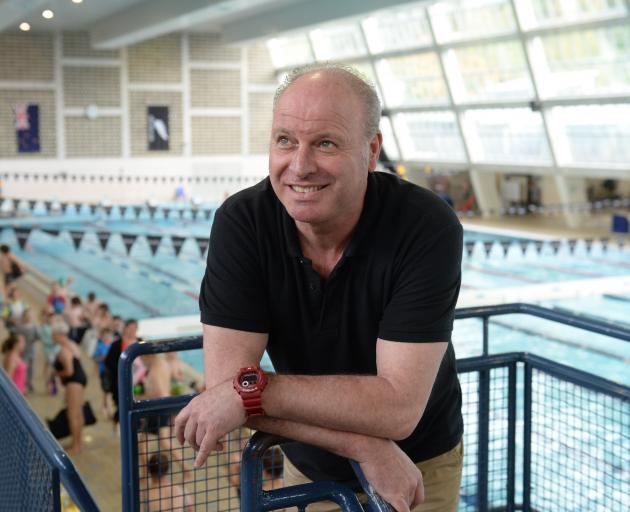 Humer (57) arrived in Dunedin two years ago this month to take over as head coach at Swimming Otago.

He has just been named as Swimming NZ’s coach of the year, and will be the head coach of the NZ swimming team at next year’s Olympics in Tokyo.

One of his charges, Erika Fairweather, also picked up an award at the Swimming NZ awards, named as domestic swimmer of the year, sharing the award with Helena Gasson, of Auckland.

Humer, who spent a long period overseas before returning to NZ in April two years ago, said the award was a pleasant surprise and was not just about him.

"I think it is a great recognition for the whole programme we have in Dunedin and all the support we have from Swimming Otago and the other coaches, the parents and the supporters and most of all the swimmers," he said.

"I wouldn’t be able to do any of it without them. Awards really come to coaches because they have talented, dedicated athletes."

Fairweather had broken various records in her short career and won a gold medal in the 200m freestyle in the world junior championships in Hungary last year. He also had other top performers in the Dunedin squad.

Humer, who represented his country in open water swimming and surf lifesaving, said the award would not change his style; he would keep looking forward.

That was often the way with coaching. There was not that much time to celebrate big achievements as a coach was always looking at the next thing.

"It can happen when you are overseas and you are busy trying to get ready to get home and then jumping on a 30-hour flight. Then before you know it you are back training a bunch of 9 and 10 year-olds in D squad. Not that I am complaining. It think it’s great."

His swimmers were on an enforced break now with the lockdown, and he said though they were doing lots of other training it was good to get a break from the pool. Everyone around the world was in the same boat.

Humer had been an assistant coach with the Great Britain team at the 2012 Olympics in London, and said it was hard to judge how big the NZ swimming team would be at the 2021 Games.

It was unclear what the qualifying process would be for swimmers. The 4×200m women’s relay team had qualified in the world top 12, but individual swimmers would have to meet marks. The team could be a dozen strong or maybe only seven or eight.

Dunedin swimmers Fairweather and Caitlin Deans were right in the mix, as was former Dunedin swimmer Carina Doyle, who was now based in Auckland.

Moving the Olympics one year ahead would not be a big hinderance but would actually help Deans and Fairweather, as they were on the rise.

He said there had been no plan to get involved in NZ swimming when he arrived back in Dunedin two years ago.

"I started working here on April 2, two years ago ... I remember saying then to someone from Swimming NZ I would not be getting involved with them, going to a higher level.

"Four months later I was head coach for the Junior Pan Pacs."