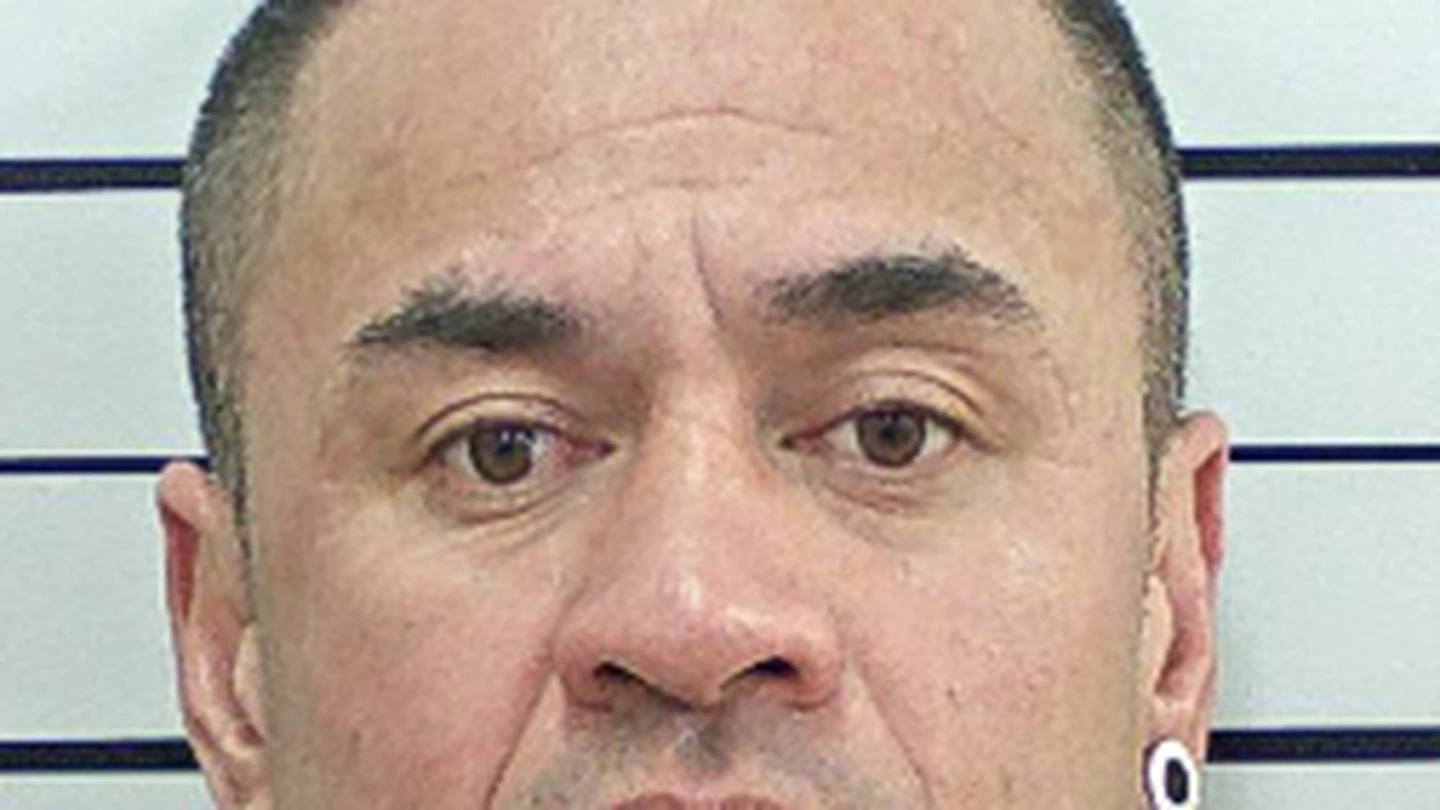 Aubrey Harrison. Photo: NZ Police
A convicted murderer previously jailed for killing a paedophile is on the run.

Police are searching for Aubrey Thomas Harrison​, 40, who was convicted of killing a man in 2007. A warrant has been issued for his arrest.

Police said he is considered dangerous and should not be approached. They believed he could be in the Wellington or Manawatū area.

Harrison was jailed for life, with a minimum non-parole period of 12 years, for his part in the vigilante killing of convicted paedophile Glen Stinson in Foxton in July 2007. 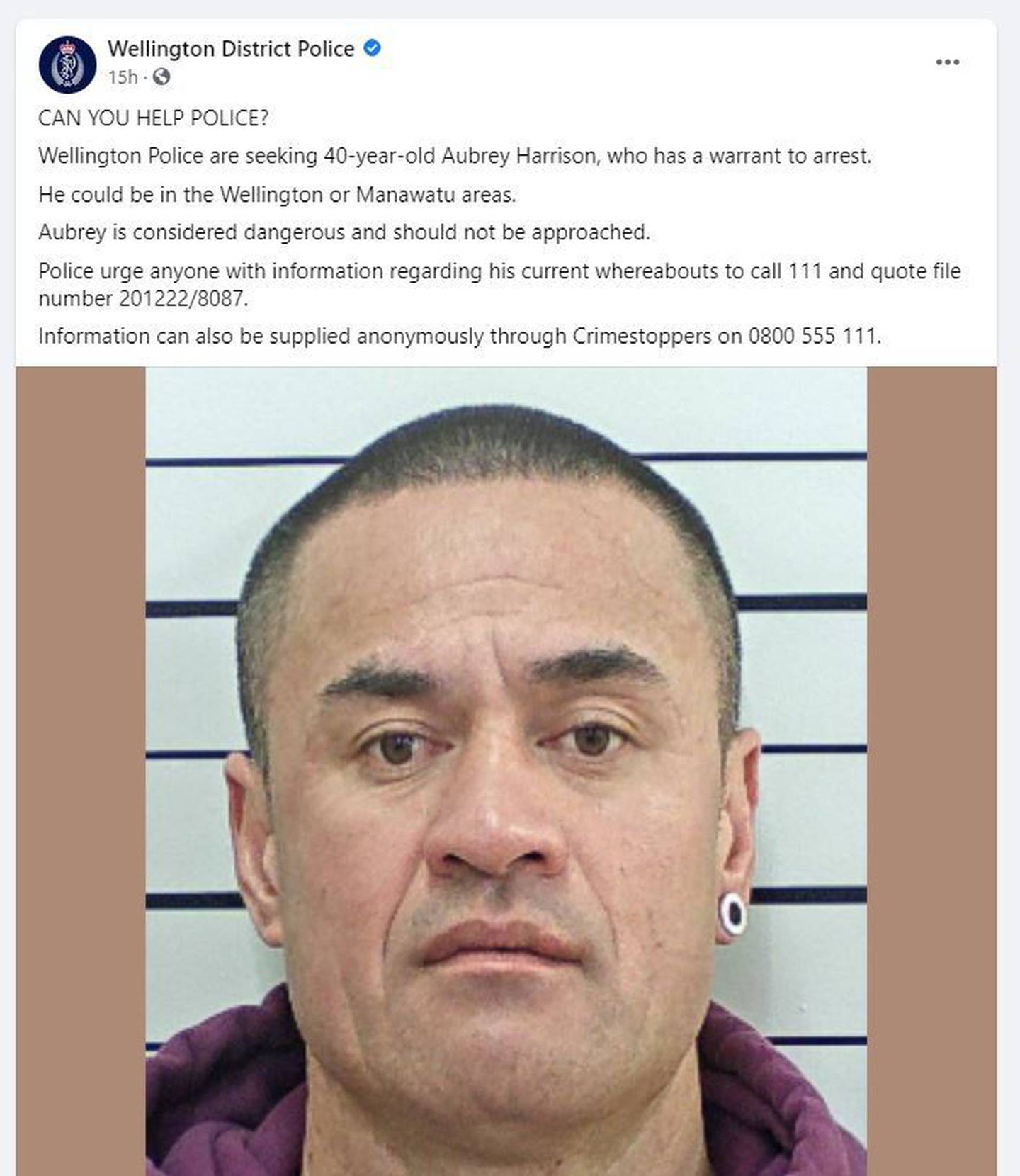 Police posted a wanted message last night. Image: Supplied
He and two others bashed Stinson to death. Stinson was put in a car and taken from Palmerston North to Foxton where his body was left outside a poultry farm.

Harrison was released from prison in October last year.

He had multiple convictions, including for violence, drug offending and disobeying court orders.

His parole conditions included staying home between 10pm and 5am, staying out of Foxton, and he was banned from communicating with his fellow offenders and any Black Power members.

Anyone with information about his whereabouts was urged to call 111 and quote file number 201222/8087.

Information could also be supplied anonymously through Crimestoppers on 0800 555 111.