This weekend in sport 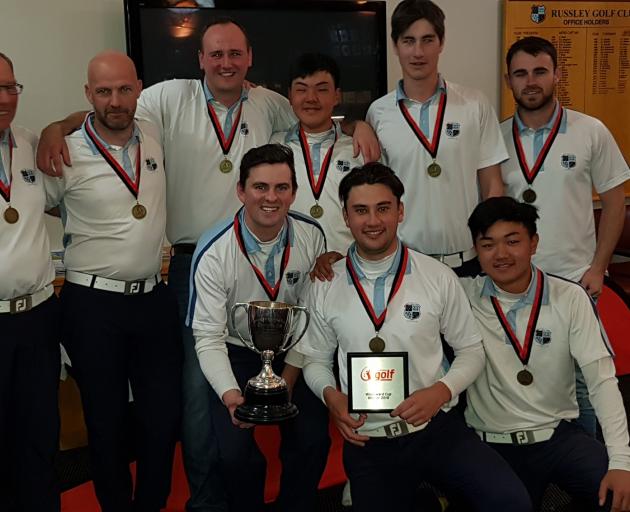 Russley have a chance to win their third straight Woodward Cup on Sunday. Photo: Supplied.
Golf:
The Woodward and Pollock Cup champions will be crowned at Templeton on Sunday as part of Canterbury Golf's interclub finals day.

In the men's Woodward Cup, Russley will look to complete a three-peat and their ninth Woodward Cup in 11 years. The competition has been dominated by Russley and Christchurch, who are the top two qualifiers for the finals, for more than a decade. The last time another club won was the now disestablished North Canterbury side in 2007.

Russley's women's side are also out to defend the Pollock Cup. They will be strong favourites going into Sunday after going undefeated in the round-robin.

The Simon and Blank cups will also be played for on Sunday. Semi-finals take place at 8am before finals at 1pm.

Cricket:
With just two rounds remaining in the metro premier one-day competition Saturday's match between Burnside West University and Sydenham is set to play the biggest role in how the semi-finals work out.

Burnside West occupy the fourth and final semi-final spot and can confirm a top-four finish with a win over Sydenham who are 6 points behind.

Football:
The Canterbury United Dragons host their first home game of the national premiership on Sunday at English Park.

In their opening match of the campaign, the Dragons went down 0-1 to defending champions Eastern Suburbs in Auckland. On Sunday they host Southern United in a southern derby. The Dragons will face a tough task against the southerners who looked sharp in their 4-0 win over Tasman United at the weekend.

Meanwhile, the Canterbury Pride will look to pile on the goals when they travel to Palmerston North on Saturday to take on winless Central.

The Pride are currently 6 points clear at the top of the National Women's League with five rounds remaining. The match in Palmerston North kicks off at 12pm.