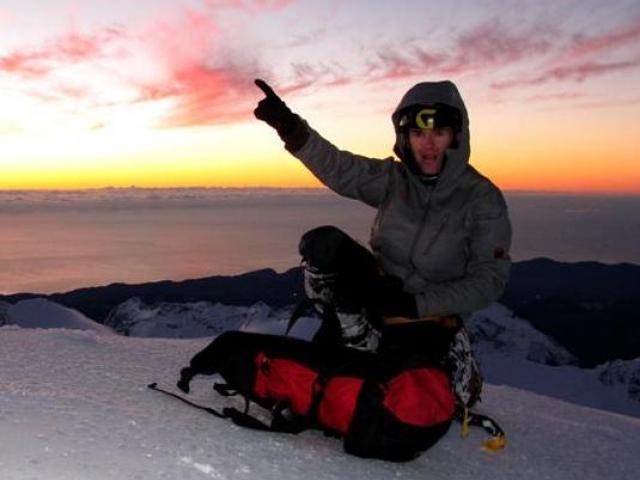 Part of a Fiordland mountain climbed only once before and labelled a coveted route by climbing enthusiasts has been conquered in treacherous winter conditions by solo climber Guy McKinnon, of Christchurch.

Four photographs of moose taken by a hunter in Fiordland almost 60 years ago have finally been revealed publicly. Fred Stewardson (78), of Hikurangi, in Northland, took the photographs on a...
A crane remains on its side in Freshwater Basin, at Milford Sound, but authorities have kept a potential oil spill at bay.
Two men spent about 15 minutes in the water in Fiordland this evening before other boaties came to their rescue.

A group has vowed to do "whatever it takes" to stop commercial developments proposed for the Fiordland and Mount Aspiring national parks - and says it will raise money from throughout the country to help the fight.

Big sky country. It seems that we have it in spades in the South. But, as Bruce Munro discovered, some sky is better than others.
Real Journeys' new 138-person catamaran MV Titiroa took more than 120 guests on its maiden cruise of Lake Manapouri, after an official launch on Saturday.
The Department of Conservation has received 356 submissions on the controversial Milford Dart Tunnel proposal to date, with submissions closing on Monday.

Police have confirmed there were four Chinese nationals in a car that crashed at the Homer Tunnel near Milford Sound last night, including a husband and wife who were killed in the accident.
An outbreak of E-coli in the water supply at the Deep Cove Outdoor Education Trust's school hostel has prompted the trust to employ sanitation experts and introduce boil-water notices.

Two people are dead and a survivor remains injured in hospital after a "serious crash" near the Homer Tunnel, in Fiordland, last night.
A tunnel linking Routeburn Rd and Hollyford Rd could be disastrous for the Te Anau economy, a Te Anau business spokesman said yesterday.
More than $60,000 has been distributed to projects in Manapouri and Te Anau in the latest funding round of Meridian Energy's Manapouri Te Anau Community Fund.

What do the Amazon River, Dead Sea, Grand Canyon and Milford Sound have in common? They're all in the running to become one of the "New7Wonders of Nature" due to be announced next week.
The Department of Conservation "is not at the decision stage yet" over a proposed $170 million tunnel linking Queenstown and Milford Sound, which could cut travel time by two hours.
The Fiordland Marine Guardians (FMG) expect a surge of submissions as the deadline for public consultation closes today on a review of the rules governing the Fiordland marine area.

An endangered population of kaka in Fiordland's Waitutu Forest has been boosted by a record breeding season following a pest control operation with 1080 poison.
Three Danish tourists were airlifted to Southland Hospital with suspected whiplash after their car hit a tree on State Highway 94 near the Homer Tunnel on Thursday afternoon.

Staff from the Department of Conservation and Southern Discoveries spent more than a week camping in Sinbad Gully, at the base of Mitre Peak, playing recorded kiwi calls, to ensure the safety of a pair of breeding kiwi before their release this week.

The body of a 48-year-old Tasmanian holidaymaker was found by a search and rescue helicopter crew in the mountainous Lake Adelaide area of Fiordland National Park yesterday afternoon.