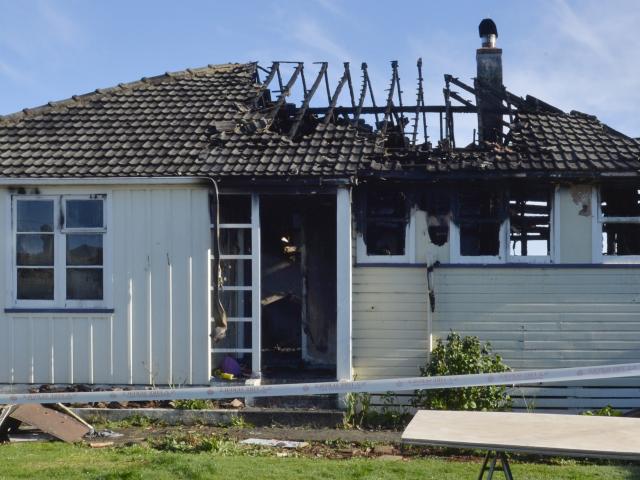 A person died in a garage fire at a house in Masterton late last night.

The residents of a Christchurch home lost most of their possessions in one of three fires in the South Island since last night.

A fire which engulfed a block of flats north of Wellington early this morning is being treated as suspicious.

A 100-year-old woman has been rescued from a large house fire in Gore this morning.

Panic broke out among students at the University of Auckland's Epsom campus this morning as a ferocious fire broke out in the cafeteria.

A man has been badly burnt and a street closed down after an explosion at a suspected P lab in Bay of Plenty.

A north Balclutha house was gutted by fire last night.
A second man has died as a result of a house fire in Tokoroa on Tuesday.
Ground crews and two helicopters are battling a forestry fire in south Wairarapa.
Firefighters are battling a scrub fire in a remote part of rural Waikato this morning.
Two 14-year-old girls are being spoken to by police after a large scrub fire which forced the evacuation of a shopping mall on Auckland's North Shore.

A large scrub fire in a Wellington suburb which threatened up to 30 houses and forced the evacuation of up to 70 residents was under control this morning.
An elderly man is thought to have died in a house fire near Gisborne.