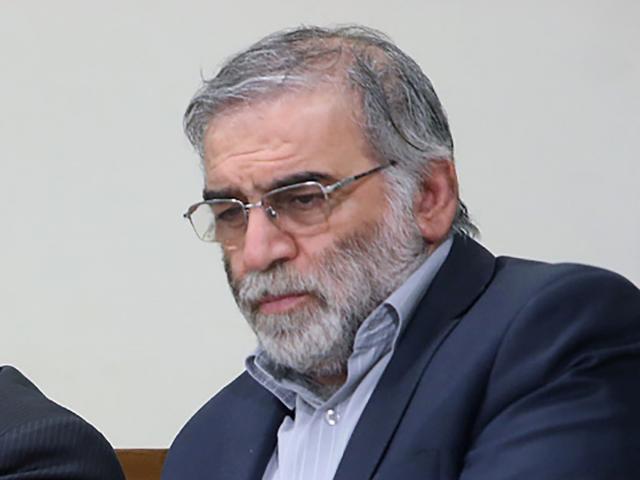 An Iranian scientist long suspected by the West of masterminding a secret nuclear bomb programme was killed in an ambush near Tehran that could provoke confrontation between Iran and its foes in the last weeks of Donald Trump's presidency.

Protests erupted across Iran for a second day on Sunday, piling pressure on the leadership after the military admitted it had mistakenly shot down a Ukrainian airliner at a time when Tehran feared US air strikes.

At least 27 people have died and more than 300 poisoned after drinking bootleg alcohol in Iran, the state emergency services said on Sunday, in one of the worst such cases in the country where drinking is a crime.

The deputy head of Iran's Revolutionary Guards warned US and Israeli leaders on Monday to expect a "devastating" response from Tehran, accusing them of involvement in an attack on a military parade...

Iranian Supreme Leader Ayatollah Ali Khamenei accused US-backed Gulf Arab states of carrying out a shooting attack on a military parade that killed 25 people, almost half of them members of the country's elite Revolutionary Guards.

Iranian President Hassan Rouhani said that the US would regret any changes made by President Donald Trump to the 2015 nuclear deal.

Anti-government protesters demonstrated in Iran on Sunday in defiance of a warning by authorities of a crackdown, extending for a fourth day one of the most audacious challenges to the clerical...

More than 120 people have been killed in Iran and at least several others in Iraq after a powerful 7.3 quake.

The Obama administration insisted on strong safeguards in a nuclear deal with Iran and has no illusions about the risks that the Islamic state might not follow through on its obligations, US Secretary of State John Kerry says.

Iranian president-elect Hassan Rohani, who won a landslide victory promising better relations abroad and more freedom at home, has paid his first visit since the vote to Supreme Leader Ayatollah Ali Khamenei, who will ultimately decide the pace of any change.

Iran is pressing ahead with the construction of a research reactor that Western experts say could offer it a second way of producing material for a nuclear bomb if it decides to make one, a UN report shows.

Iran was upbeat on Wednesday after talks with world powers about its nuclear work ended with an agreement to meet again, but Western officials said it had yet to take concrete steps to ease their fears of a secret weapons programme.

Iran's highest authority, Ayatollah Ali Khamenei, has slapped down an offer of direct talks made by US Vice President Joe Biden this week, saying they would not solve the problem between them.

Iran has left no doubt that it will do whatever it takes to protect the government of Syrian President Bashar al-Assad, Teheran's staunch ally, US Secretary of State Hillary Clinton says.

Israeli Prime Minister Benjamin Netanyahu has drawn his "red line" for Iran's nuclear programme despite a US refusal to set an ultimatum, saying Teheran will be on the brink of a nuclear weapon in less than a year.

Iran has doubled the number of uranium enrichment centrifuges it has in an underground bunker, a UN report says, showing Teheran continued to develop its nuclear programme despite Western pressure and the threat of an Israeli attack.
Iran announced missile tests and threatened to wipe Israel "off the face of the earth" if the Jewish state attacked it, brandishing some of its starkest threats on the day Europe began enforcing an oil embargo and harsh new sanctions.
Iran has detected a planned "massive cyber attack" against its nuclear facilities, state television says, after talks with major powers this week failed to resolve a row over Tehran's disputed nuclear activities.