Iran will stop at nothing to protect Syria: Clinton 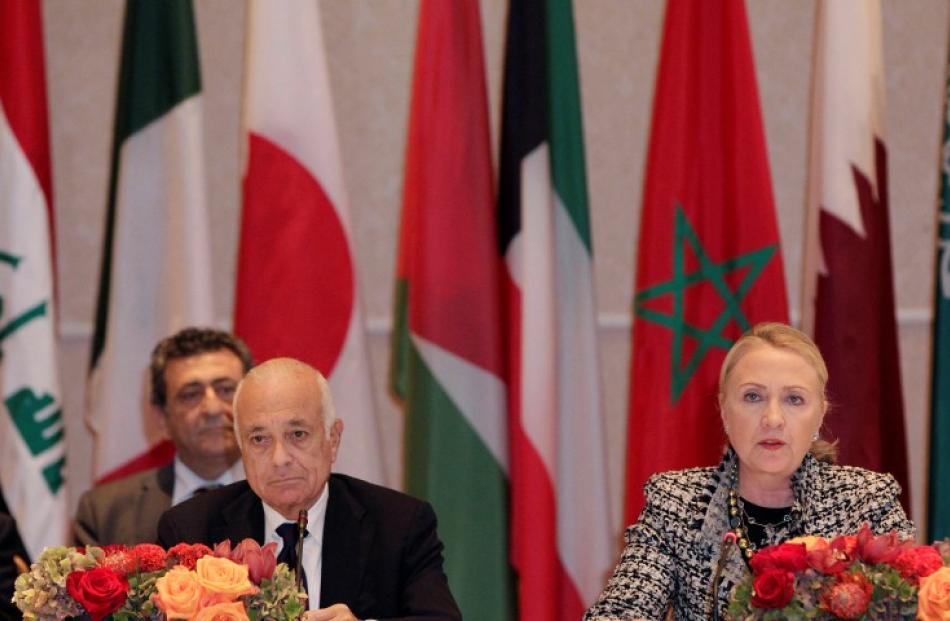 Iran has left no doubt that it will do whatever it takes to protect the government of Syrian President Bashar al-Assad, Teheran's staunch ally, US Secretary of State Hillary Clinton says.

"Let's be very frank here - the regime's most important lifeline is Iran. Last week a senior Iranian official publicly acknowledged that members of the Iranian (Islamic) Revolutionary Guard Corps are operating inside Syria," she told a group of foreign ministers at a meeting in New York.

"There is no longer any doubt that Teheran will do whatever it takes to protect its proxy and crony in Damascus," Clinton said. "Iran will do everything it can to evade international sanctions."

French Foreign Minister Laurent Fabius said in remarks prepared for delivery at the same meeting of the so-called Friends of Syria - an informal group of countries supporting Assad's ouster - that Paris was increasing its contacts with Syria's armed rebels.

"The process is complex but the Syrian people have been waiting for 18 months for the opposition to succeed to move forward," Fabius said. "It is within this perspective that France has increased its contacts with representatives of the armed opposition."

The 18-month-old uprising against Assad has descended into a civil war and opposition activists estimate more than 30,000 people have been killed.

The "Friends of Syria" include the United States, Britain, France, Germany, Saudi Arabia and Turkey. The group convenes periodically to discuss Syria outside the U.N. Security Council and met on Friday on the sidelines of the U.N. General Assembly's annual gathering of world leaders.