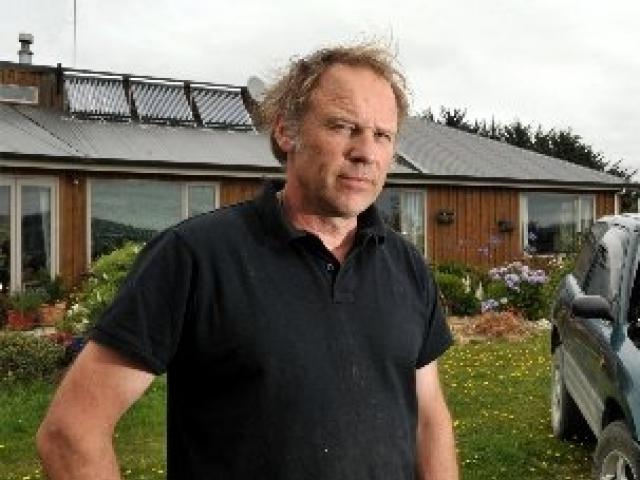 Investors are being urged to recognise the risk of putting money into the fossil fuel industry.
Two businesses have joined forces with the Queenstown Lakes District Council to support the "Paper4trees" initiative in the region, which educates children about recycling and gives them a chance to exchange their recycling for native trees.

University of Otago new sustainability co-ordinator Hilary Phipps was brought up in Dunedin and now she is back she hopes to be able to make a real difference to the city.
Ziptrek Ecotours was recognised as one of New Zealand's most sustainable companies at the Sustainable 60 Awards in Auckland on Wednesday night.
A Brightly coloured group of young people is gathered on the exposed south end of the island, armed with spades, a crowbar, staves and wheelbarrows. Much chattering and giggling! A sharp westerly whips up the white horses on the harbour, and I see my own hands go from purple to blue and back again.
Taiwan's national television channel 8 TTV is highlighting Milford Sound as part of its focus on New Zealand as a world leader in conservation and sustainability.

The Waitaki Resource Recovery Park in Oamaru might have to put off staff or close down because of a financial crisis.

A one-stop website on how to make the right choices concerning sustainability in the Queenstown Lakes District was launched last week.
Otago Polytechnic and five other metropolitan institutions have established a sustainable housing network building on last year's national sustainable housing competition.

Reusable cloth nappies could make a resurgence in the Queenstown Lakes district if a council bid to get disposable nappies out of landfills gathers enough community and council support.
A Hampden debate over economic growth versus sustainability has just got hotter, with a team of National Party MPs being withdrawn by Waitaki MP Jacqui Dean.

Filling your vehicle up with biodiesel was just the start of a more sustainable future, business leaders were told on Monday.
A conference on minimising the unsustainable use of resources and reducing environmental harm is attempting to achieve that even before it opens.

Dunedin school pupils attended a special movie premiere yesterday.
The number of "sustainable" wine entries from Otago in this year's Air New Zealand Wine Awards is nearly double last year's figure.
A Dunedin woman has volunteered to organise the free computer recycling event, eDay, in Dunedin, saving the city from missing out on the opportunity.

The Otago Polytechnic's Centre for Sustainable Practice is undertaking a biodiesel-fuelled national roadshow tour to promote the launch of its new educational qualification.