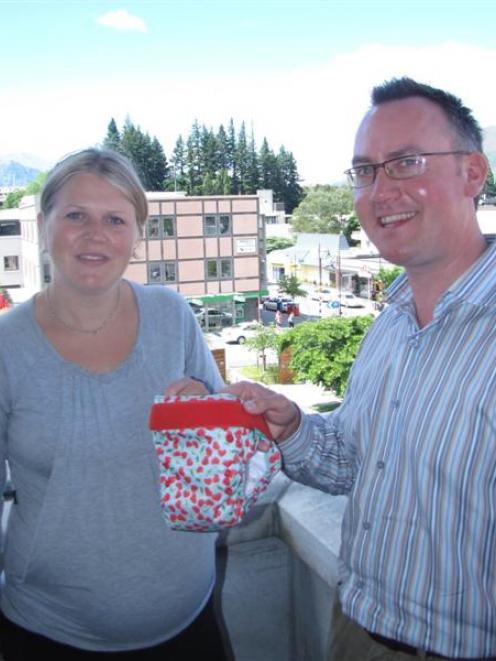 Council solid waste manager Stefan Borowy brought the idea of subsidising cloth nappies before the council's infrastructure services committee yesterday, and Wanaka councillor and committee member Jude Battson even suggested a graphic of a nappy-strewn dump be circulated to sell the idea to the public.

In his report, Mr Borowy cites research estimating a single child uses 6000 nappies by the age of 30 months and that it takes between 450 and 550 years for a disposable nappy to decompose in a landfill.

The idea was lifted wholesale from the Waitaki District Council, which recently approved a subsidised cloth nappy starter pack for new parents, due to begin in the new year.

"It's going back to the principles of our mothers and fathers and grandmothers and grandfathers - it's taking that principle and putting it in a modern form and it's a fantastic way of minimising waste to landfill," Mr Borowy said.

District-wide, eight tonnes of disposable nappies are dumped in landfill (1.7% of the total) each week and Mr Borowy said the scheme could divert up to half that amount.

Four different suppliers would sell starter packs to the council at about half the retail value and the council would sell to parents at a heavily reduced cost.

The nominal $10 fee is seen as a way of getting parents to "buy into the concept" and Mr Borowy is preparing a "business case" to show benefits against costs for the scheme.

Mr Borowy said subsidies of $20 a pack had had "limited success" in other districts.