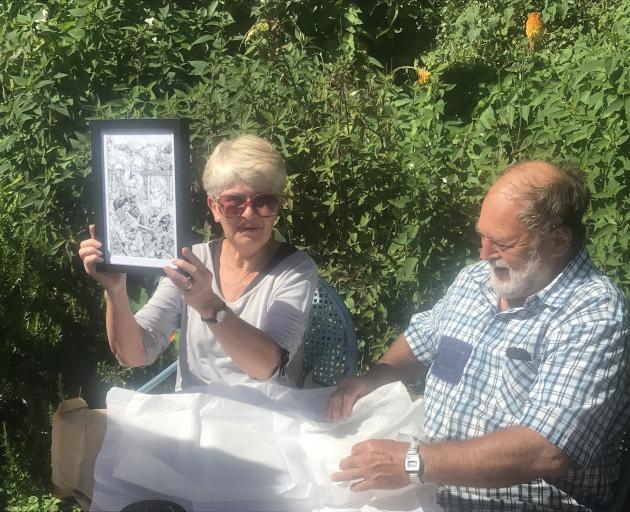 Mrs Tozer had attended the garden’s inaugural meeting arranged by Presbyterian Support Otago, then she and her husband worked at the garden since its beginning in early 2011.

The garden was developed on a flat area above North East Valley Normal School. It had been the site of the school principal’s house that had burned down some 60 years earlier and initial work included testing to ensure no harmful residues remained before planting began.

Recalling the early years, one volunteer spoke of the boggy ground being drained and transformed, "largely thanks to the hard work and dedication of Richard and Lynn".

Tools and sheds were donated, while the knowledgeable Mr Tozer, the former garden co-ordinator, taught volunteers skills such as seed sowing and crop rotation.

Gretchen Kivell presented the Tozers with a framed cartoon by Veronica Brett of them working in the garden.

"We have a lot to thank Richard and Lynn for," she said.

"Things change and move on, and it’s our time to move on," Mr Tozer said.

He praised the community garden as an egalitarian, welcoming place, and he referred to the friendships he and his wife had made.

"Its a community effort."