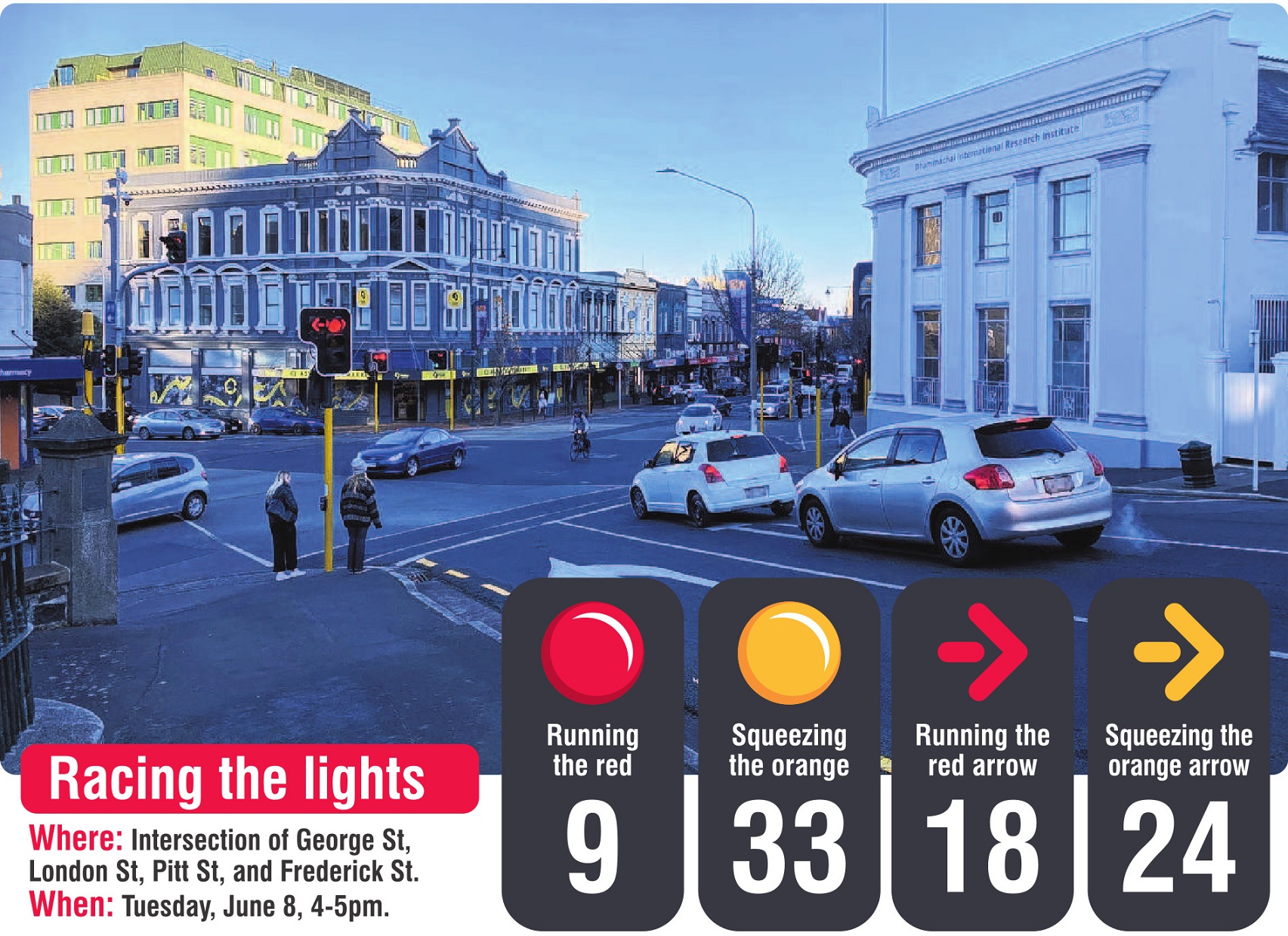 "Squeezing the orange", and indeed running the red, is a matter of routine for many drivers, as they negotiate the congested five-way intersection of George, London, Pitt, and Frederick Sts.

Within five minutes of arriving at 4pm for my allotted hour of vehicle monitoring, I had counted four blatant red light runners — one heading straight through and three pushing through a right turn arrow, as well as six vehicles squeezing the orange.

It was a cold, clear late afternoon, and visibility was good — I could certainly see the orange and red lights without any trouble.

Following the example set by my colleagues in the past two weeks, I shifted my vantage point every 15 minutes to ensure an even spread.

My count was careful and possibly a bit generous towards the drivers, as I only noted down a vehicle if it moved through the intersection after the lights had turned orange or red.

While driver behaviour appeared mostly good, the number of drivers speeding up rather than slowing down when the lights turned orange in front of them was concerning to see.

At this very busy and wide intersection, a particular issue for drivers appeared to be crossing from north George St around the corner into the bottom of London St — the vast majority of the 24 orange arrow squeezers and the 18 red arrow runners were making this turn.

It appeared the arrow only remained green for about eight seconds, giving a long queue of cars (at one point stretching back to the corner of Albany St) little time to make it around the corner.

Some drivers making a left turn were held up by crossing pedestrians — there is no Barnes Dance at this intersection — and ended up squeezing the orange.

But, it was disturbing how many drivers saw the orange light as a cue to push their foot harder on the accelerator, rather than braking to a halt.