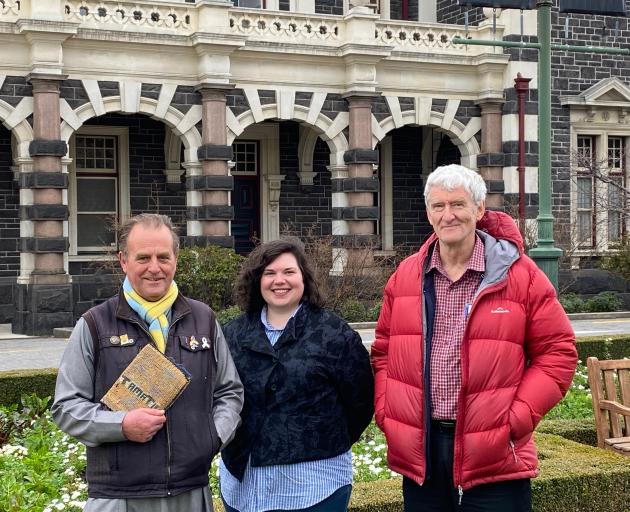 Helen Clark. Photo: supplied
In keeping with Ms Clark’s preference, the September 30 event will be in the form of a "facilitated conversation" on the topic of "Peace & Hope: Together in the Age of Covid-19".

Joining Ms Clark on the stage will be a panel of local people representing the Muslim, Christian and Jewish faiths - including interfaith group member Emily Schwartz.

"It’s going to be such a privilege to share the stage with Helen Clark, and I think we will have some interesting questions for her," Ms Schwartz said.

"It will be very good to hear what she has to say with regard to international peace in these times, and also about New Zealand’s experience.

"A lot of people are exhausted by the experience of Covid-19, so hopefully we can focus on hope."

Interfaith group member and Christian minister Greg Hughson said with her vast international experience, Ms Clark was uniquely well qualified to discuss how to maintain peace in the face of the pandemic.

This included her time as prime minister, her role as administrator of the United Nations Development Programme from 2009-17 and now as one of two people conducting an examination of the World Health Organisation’s response to Covid-19.

"It is also interesting to highlight that Helen Clark is the patron of the Religious Diversity Council of New Zealand — our national interfaith group," Mr Hughson said.

She was appointed to the role while prime minister, and kept a focus on interfaith dialogue in the Asia-Pacific region.

Muslim community member Paul Gourlie said the interfaith group was anticipating a large turnout from the Dunedin community, and was preparing to manage people under Covid-19 alert levels.

The event would also be livestreamed around the world.

It was pleasing to see how each annual Open Peace Lecture had built on the year before.

"It feels very timely to be hosting this conversation right now - there is a need for greater co-operation in our communities," Mr Gourlie said.

Founded in the aftermath of the events of September 11, 2001, the Dunedin Abrahamic Interfaith Group aims to promote understanding, solidarity and goodwill among faiths.

Judaism, Christianity and Islam are all Abrahamic faiths - tracing their faith back to Abraham.

The group launched the annual peace lectures in 2004 with former prime minister David Lange as its first speaker.

The 17th annual Open Peace Lecture event will be held on Wednesday, September 30, from 7.30pm in the St David Lecture Theatre on campus, hosted by the Dunedin Abrahamic Interfaith Group and the Otago Tertiary Chaplaincy.

People are asked to pre-register and arrive at 7pm to allow for socially distanced seating.

It would be exciting one day for this local group to invite someone from a Middle Eastern Yazidi community, to talk about their long historical and contemporary experiences of peace and tolerance, or lack thereof.