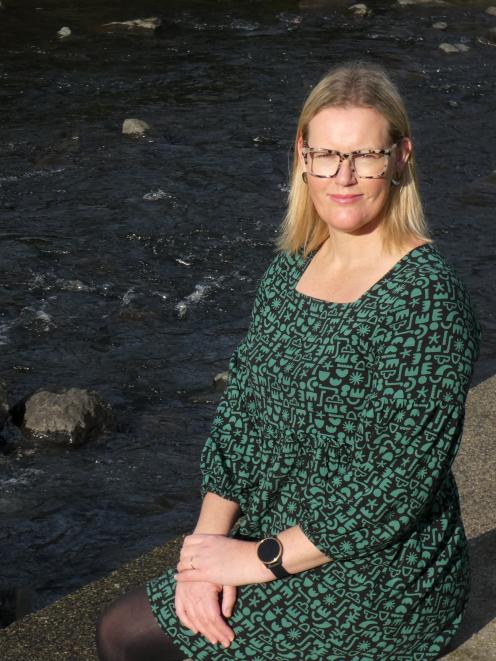 Dr Bridie Allan, of the University of Otago marine science department says rivers are one of the biggest sources of plastics entering the marine environment.PHOTO: SIMON HENDERSON
Problem plastics are being phased out next year but micro-plastics are still a jagged little pill for marine life to swallow.

The Government recently announced it would start phasing out hard-to-recycle food and drink packaging made from PVC and polystyrene, as well as some degradable plastic products

Dr Bridie Allan, of the University of Otago marine science department said any Government initiative to reduce plastics was a good start, and a phased response was really the only way the Government could act.

‘‘You can’t go from zero to 100 with removal of plastics from society, because you just won’t get any take-up of it.’’

The removal of single-use plastic bags in supermarkets was a good example.

‘‘Everyone grumbled for a while but then people very quickly adopted it, and now it is like no big deal at all.’’

Environment Minister David Parker said the government estimated this new policy would remove more than 2billion single-use plastic items from landfills and the environment each year.

‘‘Plastic waste ruins our landscape and can be fatal to our marine life.

‘‘It has been found in our fish, shellfish and seabirds,’’ Mr Parker said.

Rivers were one of the biggest sources of plastic pollution into the marine environment, Dr Allan said.

While New Zealand had some good waste management practices, plastic could still accidentally make its way into waterways and be transported to the ocean.

One of the most common forms of plastic pollution in the marine environment was micro-plastic fibres.

That included plastic fibres from washing clothing — ‘‘every time you wash a polar fleece, for example, it will shed thousands of micro-fibres’’, Dr Allan said.

Micro-plastics were often mistakenly identified as a food source, so fish and invertebrates would ingest the plastics.

Micro-plastics were the size of fine sand and were hard, sharp and rough.

Research by her students on gut morphology and health in marine animals indicated physical damage from micro-plastics travelling through their system.

‘‘Plastics have so many chemicals in them, particularly PVC — phthalates and flame retardants.’’

The chemical loading in plastics could overload the marine animal’s antioxidant system and cause damage to proteins and lipids, reducing growth rate and reproductive output, Dr Allan said.

The first plastics to be phased out would include hard-to-recycle food and drink packaging made from PVC and polystyrene and some oxo and photo degradable plastics (plastics that degrade over time through exposure to air and sunlight), Mr Parker said.

Single-use plastic items, including drink stirrers, cotton buds, single-use produce bags, cutlery, plates and bowls, straws and fruit labels would also be phased out over the next few years.