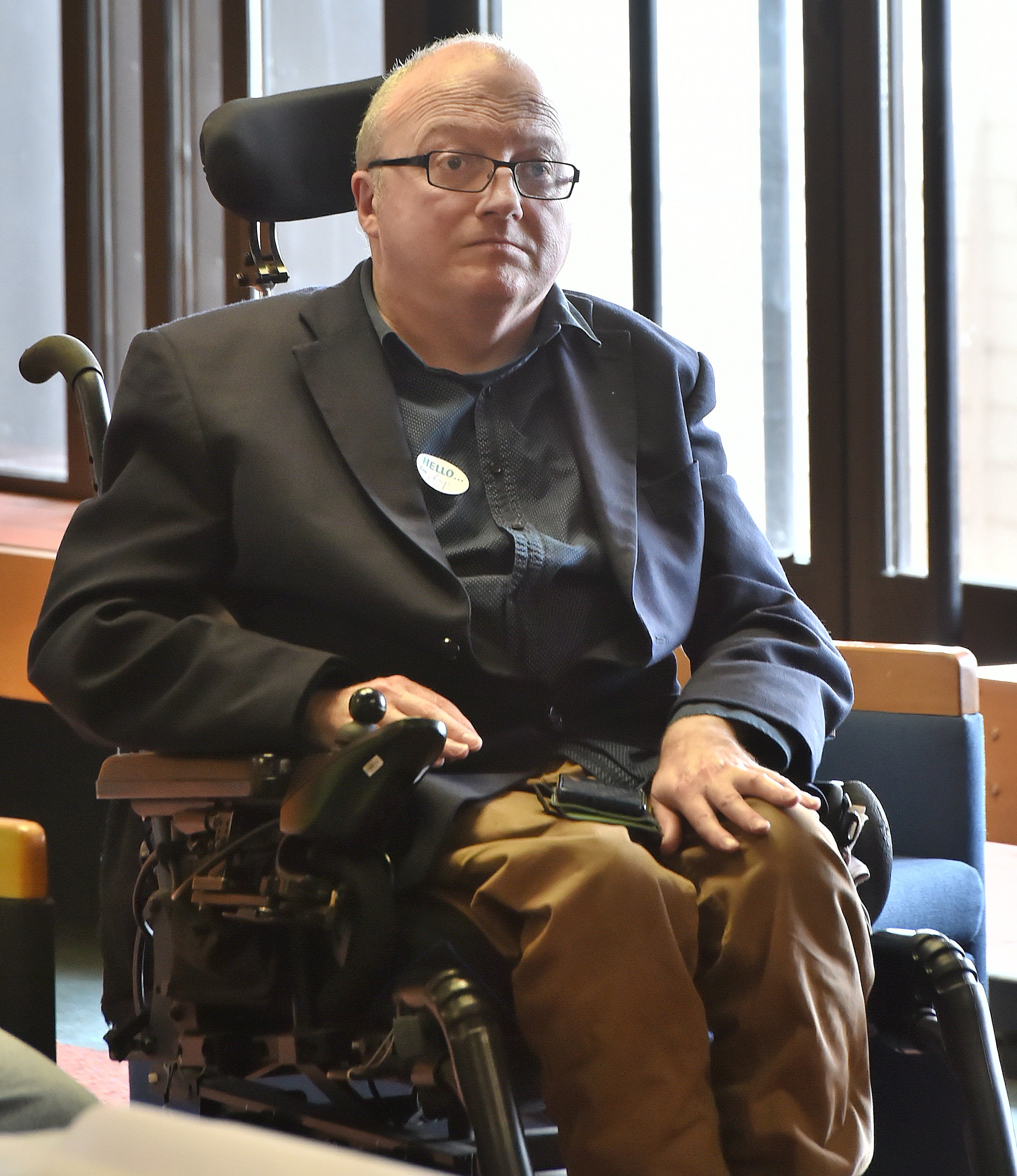 Access concerns . . . Disabled Persons Assembly kaituitui Chris Ford says Kainga Ora should aim for universal design to be used in all new construction. PHOTO: ALLIED PRESS FILES
Plastics, vaccines and accessible housing were some of the topics discussed during the Dunedin Disabled Persons Assembly July meeting last week.
Guest speaker was Labour MP for Taieri Ingrid Leary, who fielded questions from about eight people attending the group plus others participating remotely via Zoom.
Dunedin Disabled Persons Assembly kaituitui Chris Ford highlighted the Government’s recent announcement regarding phasing out problem plastics, including single-use plastic straws.
‘‘Straws are quite important for people with high levels of impairment,’’ he said.
People with experience of cerebral palsy or muscular dystrophy, for example, had a use for straws, but alternatives had drawbacks.
Camille Cowley, of Dunedin, said being able to clean reusable straws could be difficult.
Metal and silicone straws experienced filming, ‘‘which is where particles become trapped on the inside and you can’t clean them’’.
This could cause infectious growth of pathogens.
Ms Leary said she understood the unintended stigma the disabled community could face regarding phasing out plastic straws and she would write to Environment Minister David Parker to share those concerns.
Another topic of discussion was universal design, the concept that new buildings would be accessible for people of a wide range of abilities and ages.
Crown entity Kainga Ora has committed to a minimum of 15% of new homes built by the agency meeting universal design standards.
Mr Ford said the default should be universal design for all new Kainga Ora developments.
There was a real shortage of accessible housing and in his experience in a wheelchair, he had spent months finding a suitable home.
Ms Leary said practicalities of the housing shortage and the need to move quickly meant 15% was an absolute minimum
— ‘‘we are aspiring to reach a much higher target’’.
‘‘We are moving as quickly as we can but we need to have targets that we can actually achieve.’’
With the Covid-19 vaccine roll-out starting to expand to people in the Group 4 general population category this week, there was discussion at the meeting on how accessible the online booking system was.
Dunedin Disabled Persons Assembly president David King said some people who were not with a service provider had the potential to ‘‘fall thorough the cracks’’.
He had heard of people calling the Ministry of Health to ask when they were getting their vaccine and being told it was coming later next month, but others who did not have a disability or health problems were getting vaccinated ahead of them.
Ms Leary said the principle was if someone was living independently they would be expected to be in the mainstream category unless they had underlying health conditions.
There would be some who seemed to be jumping the queue because they were going to vaccinating clinics at the end of the day and accessing leftover vaccines.
‘‘That is something that anybody can do, is wait at centres and if they have some vaccines left over they will do you then.’’
The risk was people could wait and no vaccines were left, but the aim was to ensure no vaccines were wasted at the end of each day.
Ms Leary thanked the group for inviting her to attend the meeting and said she would be writing to Disability Issues Minister Carmel Sepuloni to pass on several of the issues raised.
Comment now