An Anzac-themed mural on a wall in Church St, Mosgiel. PHOTO: SHAWN MCAVINUE
A Mosgiel widow hopes a property developer sticks to his word and commissions the same artists to paint an identical mural created in memory of her late husband. 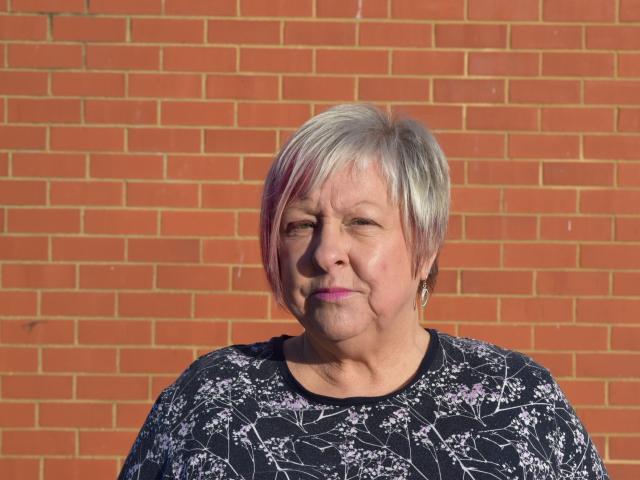 Di Court
The Mosgiel Business Association led a project to get an Anzac-themed mural painted on a wall in Church St.

The mural - painted by artists Tessa Petley and Daniel Mead - was unveiled in May 2017.

On the bottom right-hand side of the mural, the words "In Memory of Mike Court'' were painted to recognise the Mosgiel RSA member who launched the mural project.

Mr Court's widow, Di, said she and her husband were having a coffee on the deck at Mosgiel RSA in 2016 when they decided a mural would look great on the wall and he began working to make it a reality.

Recently, she learned the wall and mural would be demolished to make way for a new building.

She wanted the developers to retain the wall and save the mural.

"Hundreds of people put in so much time - volunteers washed the building down and people raised and donated money - they all worked so tirelessly on this stunning original piece of art."

The motivation to save the mural was about retaining part of Mosgiel’s special history rather than keeping the memory of her husband alive, as she had other ways of doing that, she said.

She was speaking out because she had seen a quote from Speedy Signs to property developer Lincoln Darling, a co-investor of the new build, to have a printed decal of a photograph of the mural installed on the new build.

The quote, which had been seen by The Star, is dated June 11.

Replacing an original artwork for a print would "punish Mosgiel".

"Why can’t we keep the original when people have worked so hard. We need to build Mosgiel up, not tear it down."

Mr Darling, speaking to The Star, said the brick wall needed to be demolished because it had been deemed earthquake-prone.

He had given "at least a third" of the cost to get the mural painted in 2017.

He vowed to have the same two artists who painted the original mural repaint the same art on the wall of the new building.

"It’s going to be identical."

The new wall would have a flat surface so the new mural would look better and last longer.

His father served in the Royal Air Force in World War 2, so the mural would be a tribute to him and the memory of Mr Court.

Mr Darling declined to reveal what would occupy the new building because it was "commercially sensitive" information.