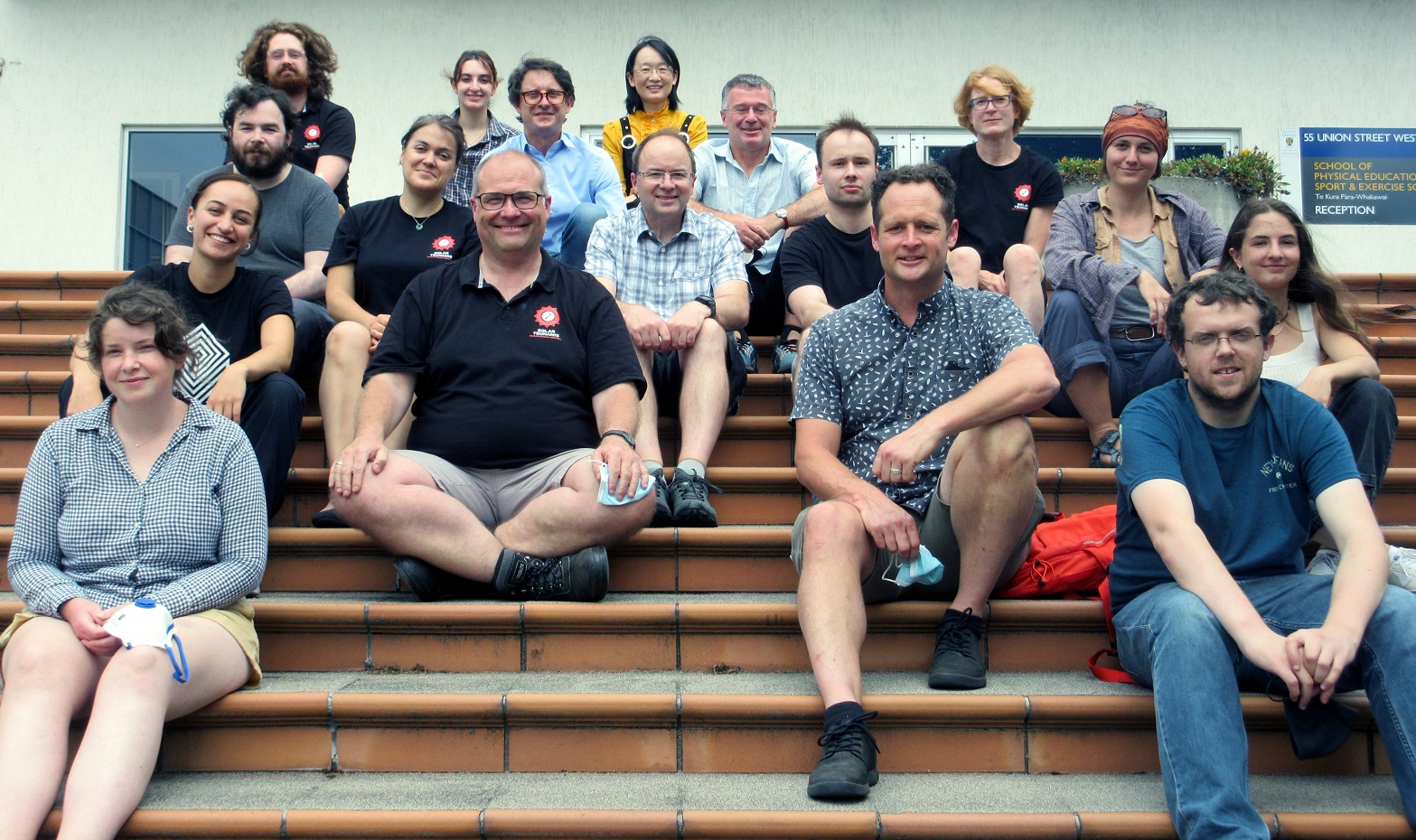 Some members of the Solar Tsunamis Endeavour Programme gathered in Dunedin earlier in the year. PHOTO: SUPPLIED
Storms from space could be easier to predict thanks to a five-year project led by the University of Otago.

Project manager Anna Tarr said the sun had an 11-year solar cycle of minimum and maximum plasma flow near the surface.

Towards the maximum end of the cycle, small ropes of plasma break through the surface of the sun, appearing as sunspots.

This plasma, known as coronal mass ejections, travel to Earth where particles in the plasma are channelled into Earth’s electric field.

"The main thing we are concerned about is geomagnetically induced currents, which are the charged particles in the plasma, joining the electrical grid.

"They come through the surface of the Earth and travel upwards through the grounding points of the grid."

Solar tsunamis have the capacity to affect places all over the world.

In 1859 a geomagnetic storm called the Carrington Event generated auroras that were reported across the globe, even in New Zealand.

The Lyttelton Times reported on September 3, 1859 that the spectacle of the southern lights or aurora australis included "vivid lights at times shooting in rays and pencils across the southern heavens". 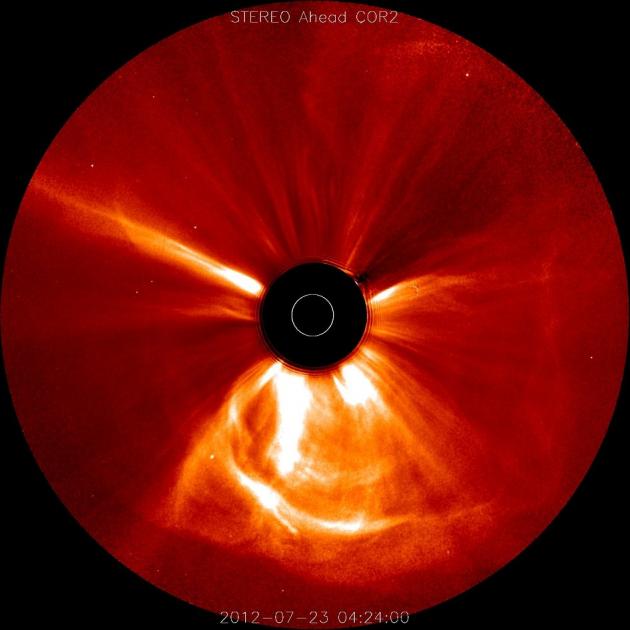 An image from Nasa shows a coronal mass ejection which can affect electrical grids on Earth. PHOTO: NASA
There were few electrical systems to be affected by the storm at that time, although telegraph lines were affected.

"New Zealand is particularly vulnerable because of the high-voltage direct current link, for example the Kurow to Wellington link which takes the power that’s generated by the southern hydro-electric stations to the North Island."

Electromagnetic circuits, or windings, could get burnt-out by the extra current coming from the sun, through the Earth and overloading the transformers, Ms Tarr said.

To help more accurately predict future events, the project is digitising an archive of geomagnetic records dating back to the early 1900s.

New Zealand had an official geomagnetic observatory in Christchurch operated by GNS Science.

"So far they’ve digitised some of the paper records because those can then be used to validate the models that we are building to predict which areas of New Zealand are most at risk, which transformers and how the grid will be affected by storms."

The end goal is to provide Transpower and First Gas with a prediction framework to help figure out ways to protect the national grid.

The project was funded by the Ministry for Business, Innovation & Employment’s Endeavour Programme fund in 2021, and runs through to the end of 2025.