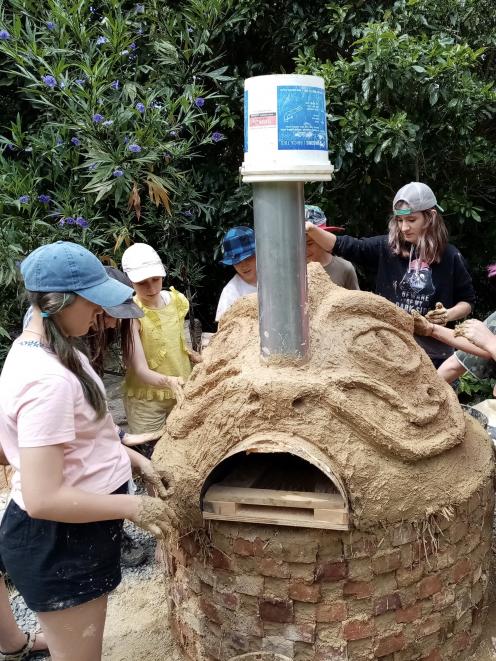 The young people were there in support of executive officer Clare Ridout, who addressed the board about the school’s request for $1060 towards building a roof over a pizza oven constructed by Year 7 and 8 pupils.

Ms Ridout said the pizza oven had been built as a special educational project for the pupils at the end of 2020, and had been used for school celebrations and community events.

A roof was needed to protect the ‘‘beautiful pizza oven’’ from the elements, and to preserve the children’s work for the future.

Dunedin Rudolf Steiner School had raised $1000 towards the expected $2060 cost of the roof, and was asking the community board to help with the rest of the funds, she said.

In answer to questions from the board, Ms Ridout said the school had not received government infrastructure funding, and that the pizza oven was used to make pizzas for the public at school fairs and events.

In later discussion, the board voted to grant the school $1060 towards the pizza oven roof, with Trevor Johnson voting against.

The West Harbour Community Board had also received an application from the NZ Sea Lion Trust for $1588 towards a sea lion microchip scanner, at a total cost of $2288.

A representative was not able to attend the public forum, but the written application said the scanner was needed to allow the trust to scan a new type of microchips being used by the Department of Conservation to track breeding females.

After discussion, with councillor Steve Walker stepping back due to a conflict of interest, the board agreed unanimously to grant the trust $1588.

Board chairwoman Francisca Griffin reminded the board that it had money in its Project Fund which needed to be spent by June 30.

She proposed that the maintenance of the Albertson Ave community orchard be funded for the year as a board project, at a cost of $1500.

With Mr Walker and Ms Griffin stepping back due to conflicts of interest, the remaining board members agreed unanimously to grant the funds.

In other business, the board heard from Enterprise Dunedin marketing manager Malcolm Anderson about the rewriting of the Dunedin Destination Plan, with the aim of highlighting local tourism. He urged the board to submit on the plan.

The board then moved on to discuss its submission to the council 10 Year Plan.

Topics raised including public toilets at Purakaunui and Aramoana, extending Port Chalmers Pool opening, seating areas for the West Harbour cycleway-walkway on completion, and a trial of stormwater filtration.