5-year bright-line too much, says expert 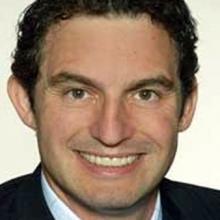 Stuart Nash
The Government has gone too far with its attempt to dampen property speculation through an extension to the bright-line test, Dunedin tax expert Scott Mason says.

The proposed changes would have unintended consequences if the circumstances of owners changed and had overreaching characteristics, he said in an interview.

Revenue Minister Stuart Nash announced yesterday the bright-line test on residential property sales would be extended from two years to five years in legislation currently making its way through Parliament.

The extension to five years meant profits from residential investment properties which were bought and sold within five years would be generally taxable, he said.

The measure would bring fairness back into the tax system, Mr Nash said.

Current exemptions would remain, including the exemption for the main home of the owner-occupiers of the residential property.

Polson Higgs tax partner Michael Turner said it was "interesting" to read in the regulatory impact statement the new test might push up rents and house prices, despite what Labour said it was thinking of doing.

Mr Mason said a change from two to five years might exacerbate the concerns  of ordinary New Zealanders, who were not property speculators, but simply might hold a rental or a holiday home for less than five years, about being taxed as if they were speculators.

"Life changes.This change could result in what were main homes changing their status to being taxed."

People with holiday homes or rental properties were at risk of being branded speculators, he said.

"If I buy a holiday home, I am not doing it for the short term and if circumstances  — death, relationship, location — [occur] within two years, I might think bad luck, but OK. The chances of these unforeseen circumstances over five years are much greater."

Mr Nash will introduce a Supplementary Order Paper to the Taxation (Annual Rates for 2017-18, Employment and Investment Income, and Remedial Matters) Bill to introduce the changes.

The minister said the extension to the bright-line test would apply to residential investment properties purchased from the date on which the Bill was passed, probably in March.

The passage of the Bill would also enable the tax working group to factor the change into any consideration of a comprehensive capital gains tax.