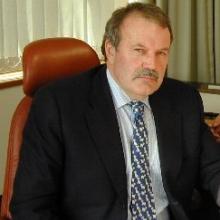 In addition, farmers who supplied lambs which met Alliance's yield quality contract standards, received on average another $7.19 payment per lamb above the schedule.

Mr Poole said Alliance had delivered a balance between returns to suppliers during the year and end-of-year distributions.

In the year under review, the group achieved a massive improvement in its operating cash-flow surplus, which rose from $44.4 million the previous year, to $110.4 million.

In 2009, $20.7 million was transferred to reserves, but there is no mention in the information supplied about similar intentions.

The cyclical nature of the meat industry is illustrated by historical financial comparisons of Alliance's accounts.

Alliance chief executive Grant Cuff said the single biggest influence on last year's accounts, was a 20% movement in the three main trading currencies - the United States dollar, euro and Sterling between the 2009 and 2010 seasonsThe negative impact of that change was felt mostly by the 7% reduction in turnover.

Looking ahead, Mr Poole said prospects were positive for both shareholders and the company.

"Supply and demand fundamentals are favourable, enabling the company to selectively position products in markets where greatest value can be realised."

Former Meat Industry Action Group members and Southland farmers, Jason Miller and Mark Crawford, are being challenged by Canterbury farmers Ian Stevenson of Cheviot and Murray Taggart, a former Alliance director, who is from Oxford.

The company's annual meeting will be held in Christchurch on December 17.