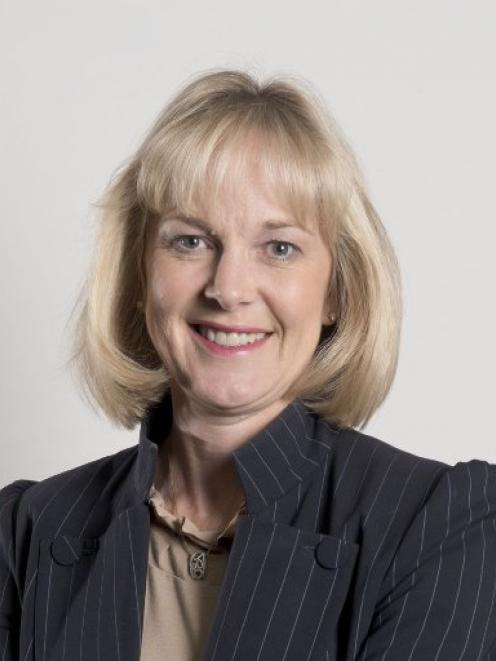 Alliance Group independent director Vanessa Stoddart sees the red meat sector as being of critical importance to New Zealand. Photo from ODT files.
Alliance Group's newest independent director Vanessa Stoddart describes the meat industry as being ''at the heart'' of New Zealand. She talked to agribusiness reporter Sally Rae during the company's inaugural Pure South conference in Queenstown this week.

Last month, the Auckland-based businesswoman with an impressive resume was appointed to the board of Alliance Group as an independent director.

Not only had it been a privilege to work in some great companies alongside some great leaders, she said, but also to have been involved in organisations, including Air New Zealand, through major transformation.

Those learnings were ''hugely applicable'' to other industries, including the red meat sector, she said.

Down-to-earth and engaging, Ms Stoddart (47) recently made the transition from executive to governance, saying she saw it as the next stage of her career.

Originally from Dunedin, Ms Stoddart has commerce and law degrees from the University of Otago.

She worked first as a solicitor at Russell McVeagh in Auckland for three years, before a 10-year stint at Carter Holt Harvey, becoming chief executive of the company's Australian packaging business.

Then came a call from Air New Zealand's then chief executive Sir Ralph Norris asking if she would help with the cultural transformation of the airline.

She joined Air New Zealand in 2003 and spent a decade at the airline. She was responsible for the company's culture and HR change programme and also led the group's engineering operations in her last four years.

But it was time and she made the choice, which surprised many, to move into governance.

As well as Alliance Group, Ms Stoddart is also an independent director of The Warehouse Group Ltd, Paymark Ltd and the New Zealand Refining Company.

Her board portfolio might be diverse but the issues the companies faced were all similar, she said.

After 25 years of working with great leaders in great businesses, facing challenges, that wisdom and experience helped at the board table.

She could bring a lot of relevant recent experience, with a strategic mindset, to that table, she said.

She needed to be aware that the transition from executive to governance was a different role.

''You're playing much more in the strategic space than operational.''

While you still had to be ''across the detail'', the area where a huge amount of investment needed to be put was in the ''thinking space''.

Diversity of thinking on boards was ''absolutely critical'' and, as well as the skills component, personalities and styles were also very important.

The daughter of a freezing worker, Ms Stoddart described herself as ''a real Kiwi chick''. The portfolio of companies tended to be businesses that, either brand-wise or industry-wise, were critical to New Zealand. The meat industry was at the heart of the country, she said.

While there was a personal reason for her interest in the sector, she also believed she could add value to it with her skill set and experiences.

It was a huge learning curve and she was in ''listening mode'' but she was excited by it and she came away from this week's conference feeling energised and inspired.

Even without hands-on farming or red meat sector knowledge, she could already see lots of areas where she would be able to contribute quickly, including communications, culture, and health and safety.

She was excited about the make-up of Alliance Group's board, saying they enjoyed robust, but respectful, debate, and she believed the potential for the company was ''huge''.

With a ''real passion'' for education and for ''focusing more in the pipeline'', Ms Stoddart sits on the Tertiary Education Commission.

She is also on the board of New Zealand Global Women, a not-for-profit organisation founded in 2009.

Global Women worked to expand the national and international impact and influence of women leaders, develop and assure leadership opportunities for qualified women, and mentor and shape emerging leaders.

One thing that concerned Ms Stoddart was getting professional women back to work after having children.

While acknowledging it was ''bloody hard'', having been a senior executive herself with two children at 40, she had coached women to say it was not either one - it could be both - and you could have a great career, while also being a great mother and partner, she said.

There were a lot of things you could do to look after yourself through that process by putting systems in place and being realistic as well, she said.

She wanted to put a focus on working with companies and employers to change mindsets, saying some business models had to change.

She questioned what the economic cost was, to the country, of professional women who had a family and never returned.

She firmly believed many would return if they could and usually it came down to two aspects - they needed to be able to work flexible hours to fit in around their children, or they needed holidays.

What inevitably happened was when they did get the confidence to go back to work, they took a role two levels below them.

Inevitably, there was no satisfaction and, after a couple of years, they decided to stay at home or do something else.

She wanted women to be able to make whatever choice they made because they wanted to.

Another area she was passionate about was secondary school pupils around the year 10 mark understanding the consequences of their subject choices in terms of career options.

The third issue was around ethnicity; while there were a lot of Maori, Pacific Island and Asian ethnicities in business, she questioned how many made it to the top or into the board rooms.

She was not sure the leadership models were right for all ethnicities. If it was a conscious choice, then she was ''OK with it'' but she not not sure yet that they had been given the option to lead in business.

Some companies were already grappling with the issue, she said.

Personally, her transition from executive to governance had provided her with an element of flexibility, making it easier to see her children, aged 8 and 9.

Asked how she juggled family life and a career, she said she was ''highly organised'' and had a great husband, along with a great nanny.