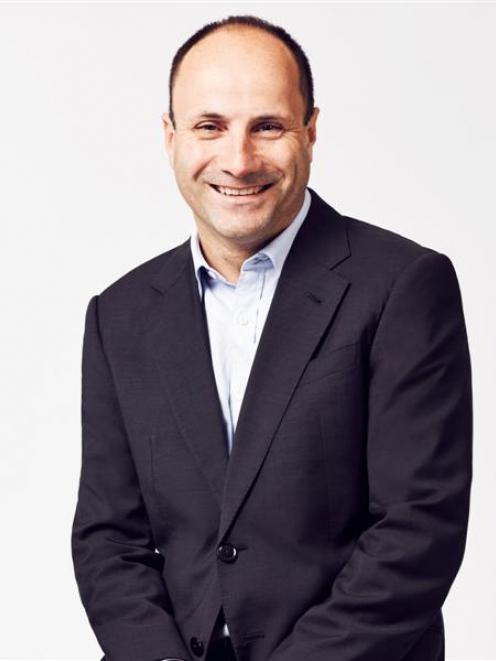 There are not many opportunities in life to ''really make a difference to the way the world turns''.

But Alliance Group's new head, David Surveyor, sees the role as just that.

''It's impossible not to be excited about coming to run a global business,'' he said.

For not only was the business important to Southland, where its head office is in Invercargill, but to New Zealand ''and all of the agricultural space''.

Since starting work on January 22, having flown to New Zealand the previous day, it had been a busy time as Mr Surveyor - a newcomer to the red meat industry - tried to ''get his head around'' what was going on in the business.

He has sat around the kitchen table in farmhouses concerning the South Island and talked to farmers, getting plenty of feedback around the price schedule not being where they would like it to be, which was ''fair enough too''.

Drought has dominated lots of conversations.

He has been around all of Alliance Group's plants, bar one, spent time with people working within the business and talked to the company's directors.

He has also met industry associations and his counterparts in other businesses in the sector.

A realisation of all that, in terms of first impressions, was that it had been ''the perfect storm'' for farmers in recent times, with drought and the schedule creating frustrations for people.

There were things the company could do to improve the way it communicated the schedule, he said.

There was some good feedback, for example that the company's availability to process stock during the drought had been ''pretty good''.

There was also a real sense that shareholders wanted to feel part of the business, be part of the strategy ''and know where we're going''.

Visits from customers over the past few weeks had impressed on him the ''wonderful'' brands the company had and the continued confidence that they stood for food quality, good texture and taste, and good food safety positioning.

He had also been heartened by the number of people who had wished him well in the new job at the helm of a billion-dollar business, Mr Surveyor said.

The Alliance Group board was looking for ''some different thinking'' when it came to making the appointment, he said.

Mr Surveyor replaces Grant Cuff, who stepped down in December after nine years in the position and a 24-year tenure with the company.

Welsh-born and raised in Australia, Mr Surveyor has a bachelor of economics degree from the University of Western Australia.

He previously held roles in Australia with BHP, starting in sales and marketing and, ''over the journey'', picking up manufacturing, finance, HR and supply chain skills, after which he worked for Bluescope Steel in Malaysia.

Before the Alliance Group appointment, he was executive general manager of Laminex, a subsidiary of Fletcher Building, for four years, based in Melbourne.

He was attracted to the Alliance Group role because, coupled with the opportunity to ''make a difference'', the agricultural food space was an area that he had always been interested in.

He saw it as a great growth opportunity, with global demand for protein only likely to continue.

The middle-class was growing around the world and the potential of those markets was ''absolutely incredible'', he said, citing the likes of Asia, India and ultimately places like Africa.

And then the job was in New Zealand - ''Why would you not want to come and do that?'' he said.

Mr Surveyor, his wife, Mirjam, and their three children, Max (13), Annabel (11) and Anneliese (6), have settled in Christchurch, with Mr Surveyor spending his week days in Invercargill.

The family had settled in well and were excited about the new adventure. Being away from his family so much was a challenge, but they were supportive.

''My office is either here [indicating the company's head office in Invercargill] or its seat 5A or 15A on Air New Zealand.''

And, while the head office was in the South, it was not just a Southland business, but a New Zealand business with plants and suppliers throughout the country.

Before his appointment, he did his ''homework'' to see whether his skill sets matched the opportunity, he said.

The board wanted someone with leadership, a clear strategy and communication skills. Getting to the ''nub of an issue'' was one of his strengths, he said.

His background covered all the key areas required and he had international experience, including responsibility for operations across Australia, Asia and New Zealand.

For a very short period, he was a director of Dongwha, which has the fibreboard plant near Mataura, and so Invercargill was not entirely new to him.

He had spent a lot of time in the United States and Europe.

Ninety percent of Alliance Group's business was export and he understood customs in places such as Asia and Europe.

Growth opportunities had to be balanced ''with a bit of reality''. Farmers were going through some really challenging conditions.

The task was how to make it a better business and get better returns out of it, Mr Surveyor said.

Although he was ''not arrogant enough to sit here and think I've got all the answers after six weeks'', what he was trying to do was collect thoughts.

The company had to look at how it went about securing supply for its plants.

It was a low-margin industry and so the business had to be run in a lean and efficient way.

That did not imply a need to ''slash and burn'' but rather the need for a planned, meaningful series of actions over time.

Alliance also had to look at how to increase its revenue line.

Getting more profit back into the business would give the company the ability to reward shareholders in a more meaningful way.

Safety was something that was also very important to him and there were many opportunities to improve the safety performance of everyone in the meat industry, he said.

He had also had that conversation with both Silver Fern Farms chief executive Dean Hamilton and ANZCO managing director Mark Clarkson.

The great thing was neither of them saw it as being a competitor issue, rather it was ''about making sure we look after each other''.

When it came to industry reform, if anything came out of a Meat Industry Excellence report being released on Tuesday that would help build a better company, Alliance Group ''would absolutely listen to it''.

Looking ahead, the future was exciting - ''with a bit of daunting thrown in as well''.

''You've got to confront the hard stuff but be confident you'll prevail and be successful in the end,'' he said.

He was ''as competitive as anyone else'', Mr Surveyor said.

''I'm tireless in terms of energy to keep on going. You don't have to put a new battery in me every morning,'' he quipped.

''I've got good stamina and have got a real hunger to learn and desire to learn. I want to make a difference, be part of something that's bigger than just me.''

He was ''not here on a short-term assignment'' and he had made a commitment to both Alliance Group and to New Zealand, Mr Surveyor said.

''We're here until we get to a great result and hopefully beyond because I'd like to enjoy it as well.''