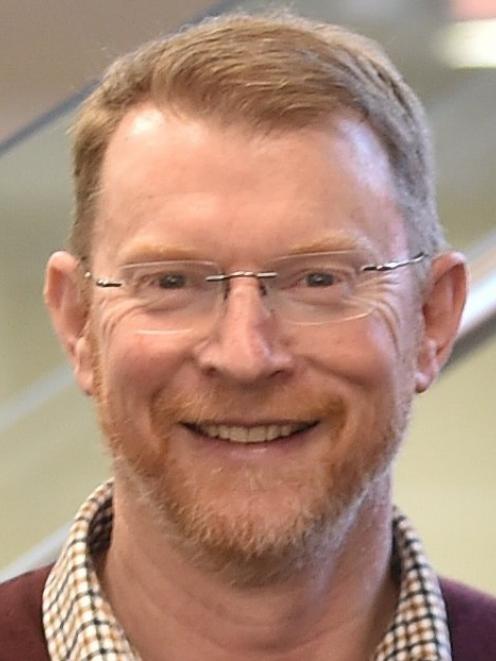 Dr Amer has worked as a scientist at the Dunedin-based agribusiness consulting company since its inception in 2001 and takes over from Sharl Liebergreen who remains in the business.

Dr Amer grew up on a dairy farm in North Canterbury and studied agricultural science at Lincoln. After a year-long exchange at Oregon State University, he finished his degree and did an internship at AgResearch, working at its Ruakura research centre. He then completed his PhD in Canada.

That was followed by a year in Switzerland and two years in Edinburgh before spending six months driving through Europe — his wife is from Serbia — and returning to New Zealand. He worked at Invermay for four years before joining AbacusBio.

While Dr Amer stressed he did not want to sound big-headed, he did find that coming back to New Zealand after being a ‘‘high flyer internationally’’ meant he virtually had to start his career again.

‘‘That is a fundamental thing in New Zealand. You can’t walk in with a track record and expect it to hold up. You have to prove yourself.’’

That might have been hard in the short-term but, in the long-term, he believed it was ‘‘definitely a good thing’’.

At AbacusBio, Dr Amer had led numerous projects delivering statistical, genetic, and economic analysis and strategy to international breeding programmes across a wide range of farmed species including sheep, beef and dairy.

He was particularly proud AbacusBio had become a world leader in trait prioritisation which was also the area he had spent his career in.

Dunedin was a special place to base a business; it was a good place to live and to retain staff. AbacusBio had a host of different nationalities in its Dunedin office and some of those staff had put down roots in the city.

Covid-19 had hurt a lot of its people, being ‘‘stuck away from home’’ and unable to attend important events. While the human cost was high, there were benefits for the business, he said.

The business — and the world — was getting better at being online. Previously operating from the bottom of the world, it was now on an equal footing with everyone else.

Another thing which he had noticed was the rest of the world thought it was finished with Covid-19. In the past several weeks, four or five projects from several years ago, that had never progressed, had reappeared as those clients had seen that the ‘‘world hadn’t ended’’.

AbacusBio was seeking to grow its impact in developing countries and global corporates had shown interest in partnering with it on some of those projects.

The needs in those countries were ‘‘huge’’ and Covid was likely to make that worse. Food prices were at ‘‘unbelievably high levels’’ and there was also climate change to deal with.

Working in developing countries was tremendously challenging but also tremendously rewarding. It was an incredible experience to visit those areas, he said.

With a preference for keeping his head down, Dr Amer said there were some things he needed to work on that he had been ‘‘happy to shy away from’’, such as the public facing side. But that was probably good and, in a way, it felt a little like ‘‘starting again’’.

He had always done a lot of people development work and felt confident about nurturing the talent across the whole business.