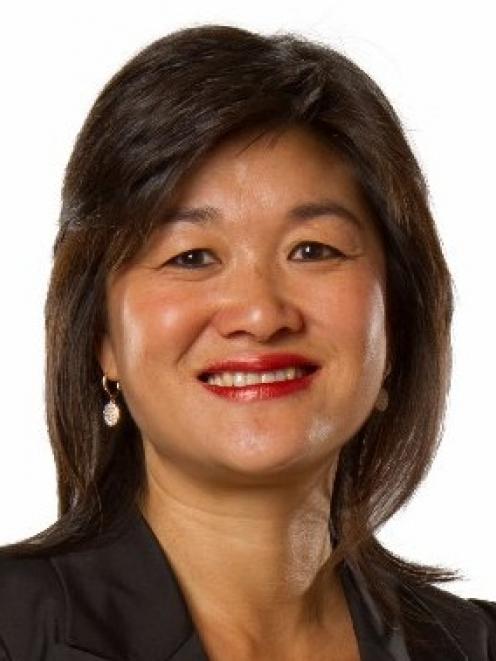 Mr English and State Owned Enterprises Minister Tony Ryall are continuing their road show today as part of the process to explain the sales process to iwi and hear suggestions from Maori leaders on how iwi can gain shareholdings in the state assets being prepared for partial sale and a listing on the NZX.

Mighty River Power is the first asset to be sold down, the Government being committed to holding 51%. Others to be sold down during this term are Genesis, Meridian, coal producer Solid Energy - which has a large operation in Southland - and a further reduction in the Government's shareholding in Air New Zealand.

The protests were heated at Waitangi last week, particularly over Treasury advice to omit a clause guaranteeing Treaty of Waitangi rights in legislation covering the sales.

Section 9 of the Act setting up state-owned assets requires the Government to adhere to Treaty principles. The Maori Party has threatened to walk away from its coalition agreement with the Government should section 9 be removed.

The Green, Mana, New Zealand First and Labour parties are opposed to the partial sell-down and listing of the assets.

Lawyer Mai Chen wrote in The New Zealand Herald that whether the Government decided to remove section 9 of the State Owned Enterprises Act when establishing four new mixed-ownership companies mattered, because it directly tapped into the much bigger debate around Maori constitutional aspirations for the Treaty of Waitangi and the status of Treaty principles.

Many Maori wanted the Treaty's constitutional status to be changed so it applied to everything the Crown did, whether the Treaty was directly incorporated into statute by Parliament or not.

"At present, the Treaty is not directly enforceable in New Zealand courts unless incorporated into domestic law," she said.

"The problem for the Crown is that it wants to maximise the value of the sale of the minority stake in the SOEs earmarked for sale, and it must act in the best interest of the company to do so."

The Government's Treaty obligations might be contrary to that, Ms Chen said.

The Air New Zealand model being applied, as set out in the Speech from the Throne, had no Treaty clause, and although the company had been subject to financial review by Parliament's select committees, the Government had been largely hands-off, she said.

Green Party co-leader Russel Norman continues his campaign to stop the sales, claiming the energy companies up for partial sale had been returning 14.3% on average for the past five years, even after discounting the rate for Solid Energy's one-off revaluation.

Prime Minister John Key had criticised Green Party calculations, arguing the party numbers were inflated because they did not include the revaluation of Solid Energy.

"We took the Prime Minister's word at face value and took the one-off revaluation of Solid Energy out of the equation. Even then, the Crown is making average total shareholder returns of 14.3% from the energy companies it is planning to privatise," Dr Norman said.

When the Government's average cost of borrowing was close to 4%, it was clear New Zealand would be much better off retaining the assets than selling them to private owners, he said.