Bathurst at mercy of global pricing 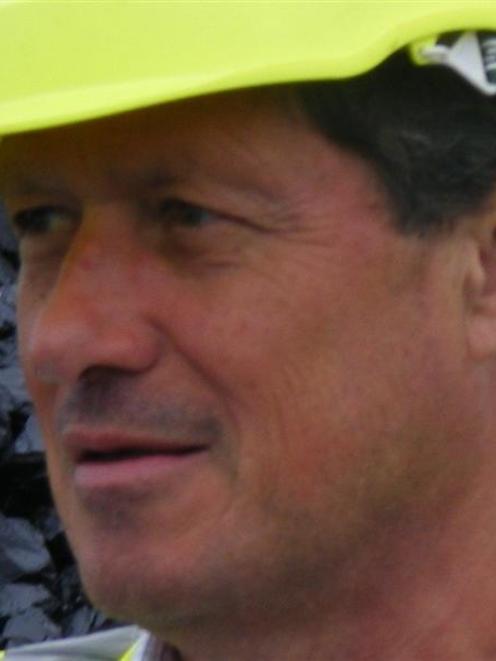 Hamish Bohannan.
Besieged West Coast mine developer Bathurst Resources has ruled out further capital-raising before it begins mining operations on the Denniston plateau, above Westport.

Bathurst has postponed the start of Denniston plateau operations because of the depressed global price of coal, around $US120 ($NZ138) a tonne at present, but is confident cashflows from its three existing South Island boutique mines will suffice for at least the next 18 to 24 months.

However, with global premium hard coking coal prices earlier this month touching a record low of $US108.20, Bathurst may have a long wait before prices are buoyant enough to start full-scale export production.

Bathurst is to make an announcement today on a pending private placement expected to raise up to about $6.8 million, most of which will go towards having cash bonds on hand for the Department of Conservation, (Doc) for the Denniston plateau operations.

Bathurst went into a trading halt on Monday while the $6.8 million book build was being undertaken and analysts had assumed the placement was for funding for ongoing operations.

However, when contacted yesterday, Bathurst managing director Hamish Bohannan said the private placement was being sought in order to have the multimillion-dollar bonds available for Doc, for when Denniston became operational.

''We want to have the cash at hand and be ready to go,'' Mr Bohannan said, adding a ''significant part'' of the up to $6.8 million was for Doc bonds regarding mine access agreements.

Aside from a $18.9 million raised from institutional investors last September, a market update last month by Bathurst noted its cash and short-term deposits stood at $10 million.

When asked about cashflow in the coming 18 to 24 months and whether Bathurst would be going back to shareholders, Mr Bohannan said ''No, that's not the plan''.

''We want to build the business [with domestic sales]. The [Denniston] permits are in place and we want to be ready to go,'' he said.

''We don't want to trip up now,'' Mr Bohannan said, acknowledging the hundreds of millions spent to date and a massive plunge in share value as litigation dragged on.

Craigs Investment Partners broker Peter McIntyre said Bathurst was ''having to tread a fine line'' at present, and was able to go to shareholders only ''so many times'' for top-up capital funding.

Wile Bathurst could rely on its three domestic operations to offset the present China downturn, it ''can't wait forever for the cream''.

''The future is not rosy; we can't imagine anything happening [positively with pricing] for the next 12 months,'' Mr McIntyre said.

Bathurst shares hit an all-time low of 6.6c in mid-February, and were at 8.2c yesterday; a far cry from the high of $1.74 three years ago.

Mr Bohannan was asked at what price Bathurst could begin Denniston plateau mining.

He said production costs were expected to be about $US100 per tonne, but the initial starting-up period would be at a ''much higher cost''.

When to start depended on global market prices, which were ''bumping along the bottom'' at present.

It is estimated that aside from multimillion-dollar legal costs, Bathurst has spent more than $300 million in consenting, mine purchases and development during the past four to five years.

Other notes to the market said capital required for the initial start-up on the Denniston plateau, was around $2.7 million for bonds and a $1.7 million compensation payment.

The three South Island mines are Cascade, adjacent to the Denniston plateau and supplying a cement plant, Takitimu in Southland and Canterbury Coal, near Christchurch.

Mr Bohannan was asked if Bathurst expected to increase the estimated annual 400,000 tonne production of the trio, during the next financial year.

Medium-term domestic projections by Bathurst have the combined three mines increasing production 100% over four years, rising from 400,000 tonnes to more than 800,000 tonnes.