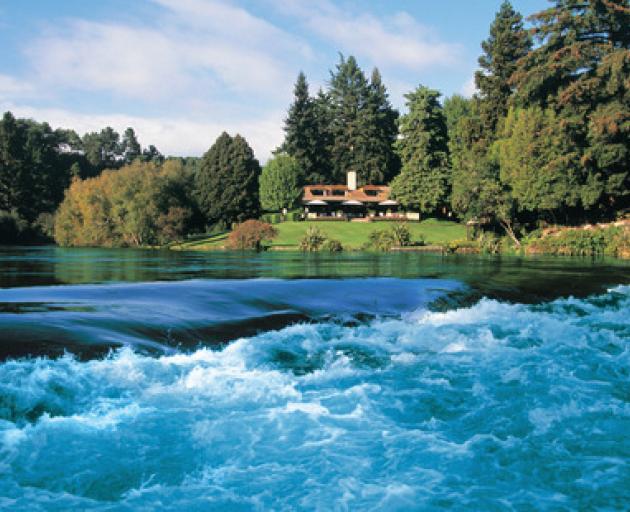 Huka Lodge was once businessman Alex van Heeren's playground. Photo / File
An agreement has been made to sell Taupo's Huka Lodge to a US private equity firm in a deal requiring Overseas Investment Office approval.

The luxury lodge was put up for sale as part of the bitter feud between businessmen Michael Kidd and Alexander van Heeren.

The Overseas Investment Office has confirmed an application to buy the 25-room lodge was made on Dec. 19 and is still under consideration.

The purchaser is KSL Capital Partners, a Colorado-headquartered investment company which specialises in hotels and resorts. Its portfolio includes various luxury properties including ski resorts, hotels and lodges across the globe. Since it was formed in 2005, KSL has raised four private equity funds and two credit funds with approximately US$9 billion in equity commitments.

KSL would not be drawn on the purchase price or say whether it was considering further acquisitions in New Zealand. But it provided BusinessDesk a statement saying Huka Lodge's management and staff will be retained.

"Although already at a high standard, KSL plans to undertake further investments at Huka Lodge to lift it to the next level and the highest of international standards," the proposed owner said.

Once the transaction completes, Huka Lodge's operations will be overseen by KSL portfolio company Baillie Lodges, which already runs four resorts in Australia.

"KSL recognises the importance of this property and the brand it has in New Zealand and intends to protect and enhance that as a part of its international portfolio," the company said in a statement.

Businessmen Kidd and van Heeren have been battling in court over assets for decades. The dispute culminated in the Court of Appeal's appointment of receivers to Worldwide Leisure, the company which owns Huka Lodge, in August last year.

The receivers were directed to sell the company to cover $25 million owed following a court judgment delivered back in 2015.

According to Worldwide Leisure's most recently filed annual statements, the lodge generated $16.12 million in revenue and profits of $4.16 million in the year ended March 31, 2019.

Huka Lodge's origins reach back to Irishman Alan Pye's simple fishing camp in 1920. Van Heeran purchased it in 1985 and developed it into the Huka Retreats. The lodge now extends over 17 acres.