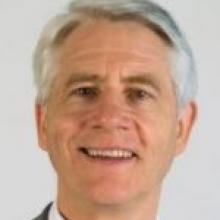 Kennedy Graham
A doubling of Crown Minerals funding to $14.8 million in the Budget has incensed the Green Party, which is opposed on several fronts to any expansion of mineral exploration or production in New Zealand.

The potential extensive use of southern lignite by state-owned enterprise Solid Energy is set to become an election issue, with the Greens saying the boost to Crown Mineral's budget was "a 19th century economic strategy that will take New Zealand backwards".

The budget for permit agency Crown Minerals, which also runs its own marine hydrographic seismic programmes to collate data to entice oil and gas explorers, has risen from $9.81 million to $14.8 million.

In the 2009 Budget, about $20 million was allocated over three years towards a seismic data acquisition programme run by Crown Minerals.

"This Budget shows the priority of John Key's Government is to try and make a quick buck, which will ultimately take New Zealand backwards," he said in a statement on Friday.

A fortnight ago, the Gore District Council decided not to publicly notify Solid Energy's resource consent for an up to $25 million pilot lignite briquetting plant near Mataura, which could lead to a bigger $1 billion plant if commercially viable.

Green Party spokesman on lignite coal, Gareth Hughes, said the Government had to stop the backwards-looking plan "to dig up dirty coal" that will destroy farmland and New Zealand's clean green brand.

Environment Southland's director of resource management Warren Tuckey said on Friday it had no legally valid reason for holding a full public hearing to consider applications for the proposed plant.

Solid Energy had applied to Environment Southland for an air discharge permit for emissions associated with the processing of lignite to create briquettes, and for water and discharge permits for washdown and boiler blow-down water.

While the non-notification "was frustrating for those who wished to use every possible avenue to oppose the industrial use of lignite", there was no evidence the environmental impacts of the plant would be anything other than minor.

"Therefore there were no grounds for notifying the discharge permit applications," Mr Tuckey said.

Mr Hughes said New Zealand had the chance to invest in creating a clean green prosperous future which all could enjoy.

"But we can't create a clean, green future by subsidising dirty lignite coal."

The Emissions Trading Scheme would subsidise the dirty coal plans and increase New Zealand's emissions, which would be "expensive and catastrophic for the climate".