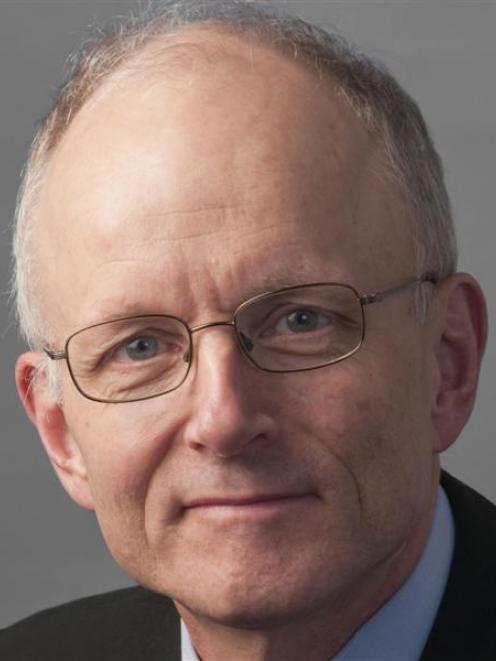 Stephen Gale
The Commerce Commission is pressing ahead with its review of wholesale broadband pricing but the most affected company, Chorus, believes a pause in proceedings is the most pragmatic option.

The commission will hold a two-day conference on June 12 and 13 to test industry views on its proposed price path to cut the monthly regulated price of unbundled bitstream access (UBA) services on the copper lines to $32.45 from $44.98, the regulator said in a statement.

Earlier reports suggested UBA was tipped to cut as much as 40% from Chorus' earnings. In February, Communications Minister Amy Adams launched two reviews of the law governing the sector, meaning the commission could not impose cost-based prices on UBA until November 30, 2015.

''Despite the proposed deferral of these deadlines, we have concluded that the grounds for delay are insufficient to outweigh the `reasonable efforts' imperative in the [Telecommunications] Act,'' Mr Gale said.

Chorus investor relations manager Brett Jackson said Chorus had submitted the commission should consider pausing its review until the end of 2013 because the Government was conducting its own review of the policy framework for regulating telecommunications service.

The Government had also made statements about potential legislative change to extend the implementation date for cost-based UBA pricing. It was the view of Chorus that a pause would have been pragmatic, given the commissions's draft determination had signalled difficulties with its benchmarking process and the Australian Competition and Consumer Commission recently released cost-based pricing that appeared to highlight significant differences with the commission's draft UBA pricing, Mr Jackson said.

Chorus would continue to participate fully in the commission's process.

Labour Party communications spokeswoman Clare Curran said the Commerce Commission should be praised for rebuffing the Government and forging ahead with its own investigation into copper pricing.

''When the commission said it would review copper prices, the Government saw a threat to their ultrafast broadband programme. So they called for a `telecommunications review' to see off the threat.''

That had just caused greater uncertainty when Telecom was shedding 1500-plus jobs, she said.

Consumers should be happy the commission had called Mrs Adams' bluff, Ms Curran said, and they deserved lower broadband prices, not a desperate bid to hold up a failing programme. Mrs Adams should cancel her pointless review, she said.

Law enacted in 2011 to let Telecom to demerge Chorus and free it to win the lion's share of a $1.5 billion subsidy to build the ultrafast broadband network required the regulator to make ''reasonable efforts'' to complete the determination by December 2012 to derive a cost model by December 2014.