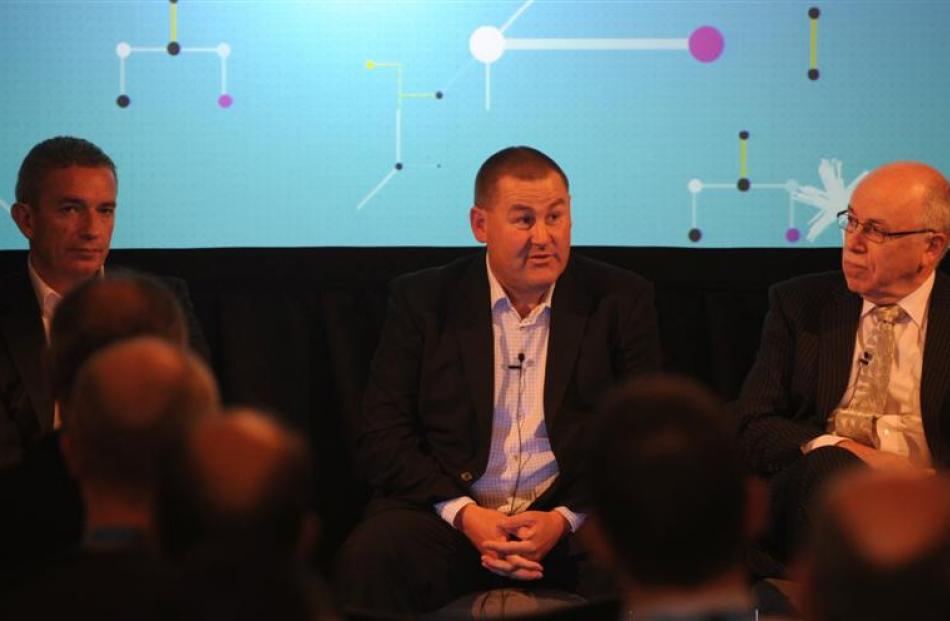 The ultrafast broadband network will take the "remoteness" out of the South, Gen-i Otago-Southland sales manager Peter Thomas says.

Speaking at a Fwd-Live briefing in Dunedin, Mr Thomas said much emphasis had been put on connectivity to the home when the UFB project was announced by the Government.

However, for the South, there were many benefits for businesses.

"This gives us the opportunity to run sophisticated businesses from the place we all choose to live in."

Remote offices across Otago were a popular option for regional businesses, he said.

The network usually involved a head office in Dunedin and several smaller offices on remote sites.

With fast fibre, businesses could operate more as one business and remote operations would not seem so remote, Mr Thomas said.

The way the fibre would be laid would let businesses be connected faster. Instead of 21 days for a connection, it was likely they could be connected in six or fewer, as points of connection would be outside all premises.

No civil work would be needed for the connections, he said.

Cisco spokesman Glen Bearman outlined the benefits video conferencing would have for companies in this part of the country once the fast fibre was more widely used.

Giving a wireless demonstration at the briefing, Mr Bearman connected to a video conference by touching one button on his iPad.

Training by video was becoming more prevalent and companies were finding staff members wanted to share video content with their fellow workers.

Gen-i corporate general manager Steve Mills said New Zealand's forecast economic growth of 3% in the next year would be achieved in a "very tough environment" but he was convinced that businesses using fibre would become more productive.

One of the challenges chief executives faced was workers wanting to bring their own devices to work and connect to the work network. Often, the reasons given for using the devices revolved around productivity.

"The fact is that people want the same experience at work as they have at home, and the cost of these devices is falling rapidly."

Mr Mills predicted that within 18 months the cost of tablet devices would be zero as long as the user signed up to a plan, similar to those offered now with smartphones.

IT departments needed to be more flexible about the use of personal devices or users would download the apps they needed for their jobs, making the IT departments irrelevant, Mr Mills said. Maintaining system security was the largest challenge to overcome with this.