The southern side of the home in Ocean View. PHOTOS: SUPPLIED
A home in Ocean View is among the finalists for the 2019 House of the Year awards in Auckland next month. Business reporter Shawn McAvinue talks to Third Little Pig Homes owner Zac Williams about his journey to being selected as a finalist for supreme prize and the builder’s own home award. 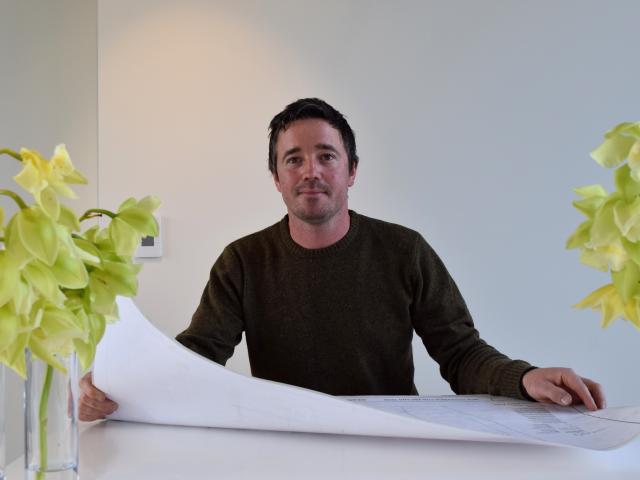 A section of land in Brighton Rd in the seaside suburb caught his eye.

As his year of study neared an end, he began investigating the best builder to ask for an apprenticeship.

"One name kept on coming up so I went and saw John Oskam - he cut his teeth in what I'm interested in - high-end architectural builds.''

Another appeal of working at JJ Oskam Builders Ltd was the range of skills he needed to learn to perform a "massive'' range duties, from building frames to pitching roofs. 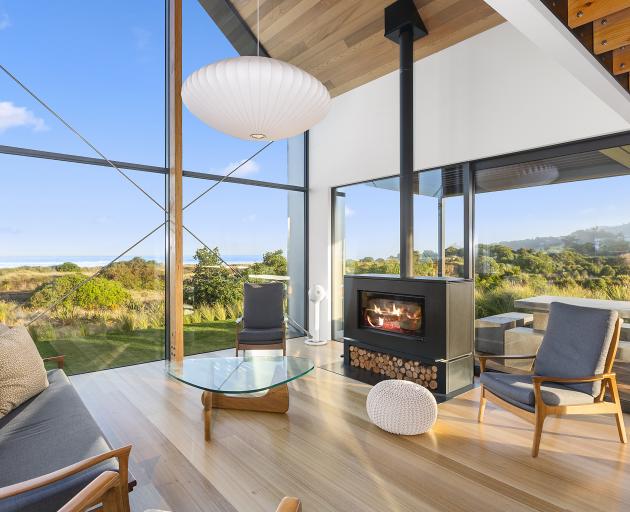 The living room on the ground level.
After seven years with the firm, he left to start his own company, Third Little Pig Homes.

The business name was lost on many people, he said.

He took his business name from the fable The Three Little Pigs. In the fable, three pigs build three houses of different materials. A Big Bad Wolf blows down the first two pigs' houses, made of straw and sticks respectively, but fails to destroy the third pig's house, made of bricks.

The business name was about his and the third pig's shared ability to build strong houses, rather than a shared preference for using bricks.

Bricks fail to feature in the house he and his partner Tess built for themselves on the section he had admired, and bought about three years ago.

The materials used to build the two-bedroom house were a mix, including timber frames, aluminium cladding, triple-glazed glass and an insulated concrete slab.

The build took him 18 months and the couple moved in about a year ago. 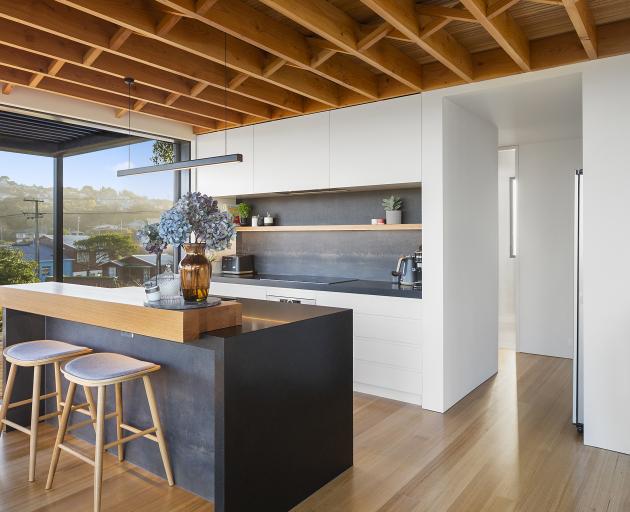 The kitchen in the home in Ocean View.
When The Star visited last week, the day a snowstorm hit many parts of the city, it was blowing hard outside, but it was warm and quiet inside.

Despite the ridge of the roof being 7m high in the main living room and it being made of mostly glass, with no curtains, minimal heating was required to keep it toasty. When an onshore breeze howled, you only heard the roar of the sea when a door was open, he said.

He was pleased with the quality of the build and how it performed, he said.

His aim was to build a home with the vibe of a crib and "the comforts of a full-time home''. 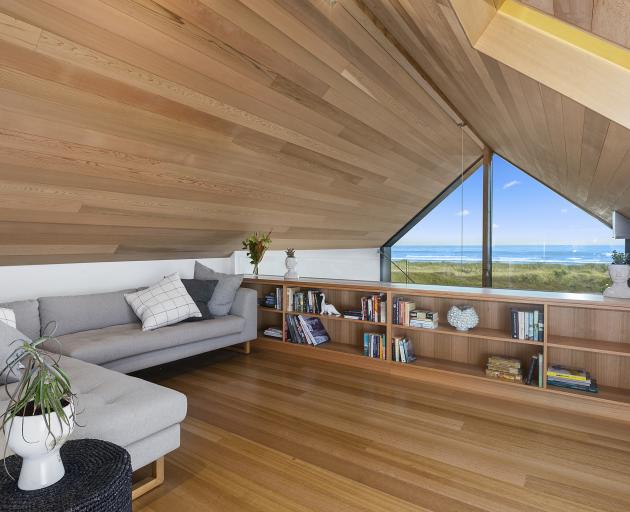 A living area in the upper level of the home.
The house comforts include a dining room, two living areas, two bathrooms and a walk-in wardrobe.

The building plans allowed for the future construction of a third bedroom and garage.

He entered the House of the Year awards because he always finished a new home like it was going to be judged for a competition, a skill he learned during his apprenticeship.

Building his own home was a dream realised.

"It was a great thing to do and you get the bug - I can see why you want to do it and do it again.''