Challenges met and overcome as a matter of course 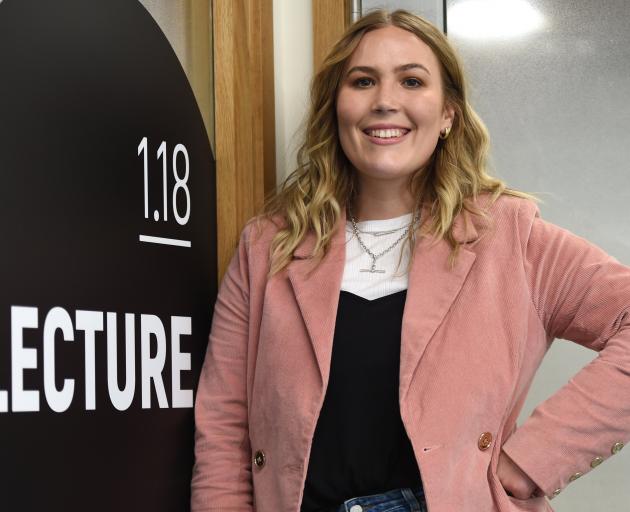 In fact, it sounds somewhat exhausting as the young University of Otago student reels off the various initiatives she is involved with.

Ms Northcoat (20) takes her busy schedule all in her stride as she follows both a passion for entrepreneurship, and also for making a difference.

Originally from Christchurch, she came to Dunedin to study and is in the third year of a bachelor of applied sciences, marketing in textile science and marketing.

Due to graduate in December, what she would do after that was the "million-dollar question" and one that she had been talking a lot about with her mentors.

She had not yet made a firm decision, preferring to leave her options open. "For me, it's more about who I want to be rather than what I want to do," she said.

And she would also be looking at where she could have the most impact to both her life and also other people's lives, while continuing to be creative and strategic.

Juggling many proverbial balls was not something new to Ms Northcoat, who worked as a make-up artist while studying before leaving that job as a co-counter manager for Estee Lauder to pursue entrepreneurship.

She got involved this year and "just hit the ground running", becoming engaged in various programmes including Startup Week, Audacious, Venture Up, Waste Jam and The Social Experiment.

She was also involved with Co. Starters, a nine-week programme that was aimed to equipping aspiring entrepreneurs with the insights, relationships and tools needed to turn business ideas into action.

Ms Northcoat has her own startup Upskill Recruitment which essentially was a marketplace for project-based internships.

The idea behind that was all about getting students into the workforce and allowing them to "put their best foot forward" by getting project-based work experience year-round.

She was looking to grow that business which had also been a very good vehicle to learn about entrepreneurship.

"I'm really enjoying just the process of learning about it," she said.

She was also working with a group of entrepreneurs looking at solutions for construction and demolition waste for the Dunedin community.

That was very different to her skills and experience but it was "cool" to apply that entrepreneurship learning to something completely different.

Ms Northcoat had a huge interest in sustainability and was heading to China later this year for a global innovation lab to work on UN sustainable development goals.

While in China, she was keen to check out the textile industry as she was also hugely interested in sustainable textiles.

She was full of praise for Dunedin's "vibrant" startup community, saying that it offered amazing support and would continue to grow and flourish.

Ms Northcoat, who has also been working part-time as a media analyst for Meltwater and doing some research for Fisher and Paykel, has also got involved with Cystic Fibrosis New Zealand.

She was always "pleasantly surprised" when people asked how she managed to juggle so many things, given she had the genetically inherited condition that mainly affected the lungs and digestive system.

It might be a juggle sometimes but she was not limited by it.

As she got older, she began to realise that there was no one-size-fits-all in the disease. People were "living awesome lives" and "doing awesome things" - and that was the kind of community she wanted to tap into, she said.