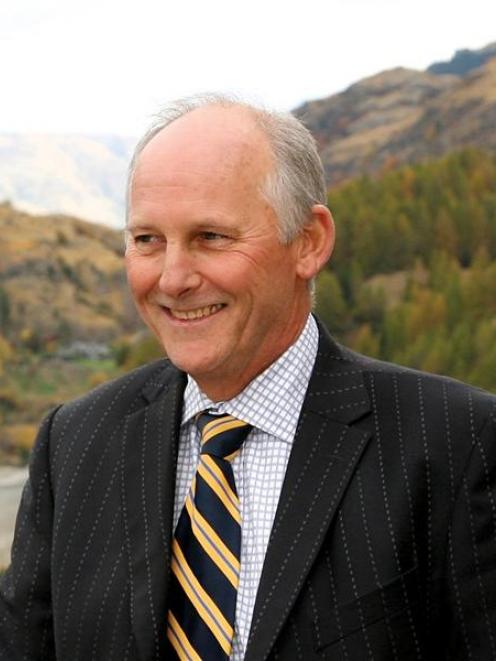 "We haven't been driven by egos to be the biggest, brightest or most profitable every year." - Ross Smith
SBS Bank defied economic conditions to yesterday report an improved operating profit for the year ended March.

"There is nothing on the table yet but we are confident that by the end of the year we will have someone interested," he said.

The Invercargill-based bank's operating profit of $19.4 million for the period was nearly 5% up on the $18.5 million reported in the previous corresponding period.

Mr Smith said that at a time when many within the banking, finance and savings sectors throughout the world had either failed, moved into receivership or moratorium, or been forced to merge within their sector, 141-year-old SBS had posted a solid operating profit.

"Success doesn't happen by accident and while SBS Bank has been impacted by the economic downturn, this has been mitigated by the prudent and conservative way in which we manage the business and by having a blend of the right people, the right attitude and the right business model."

The response from customers and the wider market to the bank's New Zealand-owned status and increased credibility as a young, customer-owned bank, coupled with a long history of providing a secure haven for investors, saw depositors' funds grow by $133 million, or 6%, to $2.25 billion, Mr Smith said.

Moving to the more highly-regulated banking environment had proven to be one of the best decisions in the bank's 140-year history.

Liquidity levels were up $27 million to $461 million at a time when cash and capital seemed to be the primary focus of regulators.

"SBS Bank's decisions approximately 10 years ago to diversify its products and services has certainly stood the organisation in good stead during the difficult economic times of the past two years.

"We haven't been driven by egos to be the biggest, brightest or most profitable every year.

"We have had measured growth and conservative policies to ensure we don't get too excited or too over-exposed in loans or sectors," he said.

Asked about his preferred merger prospects, Mr Smith said the Nelson Building Society, the Wairarapa Building Society and other mutually-owned societies appealed more than CBS and Southern Cross which had capital share issued.

He recognised that SBS had to be competitive and offer services and products wanted by customers.

SBS was retail focused and could offer most products a customer wanted, apart from credit cards, which were easy to obtain in the market.

SBS finance general manager Tim Loan said the bank had created products particularly for not-for-profit groups, clubs and charities who were aligning themselves with the bank because they had the same community focus.