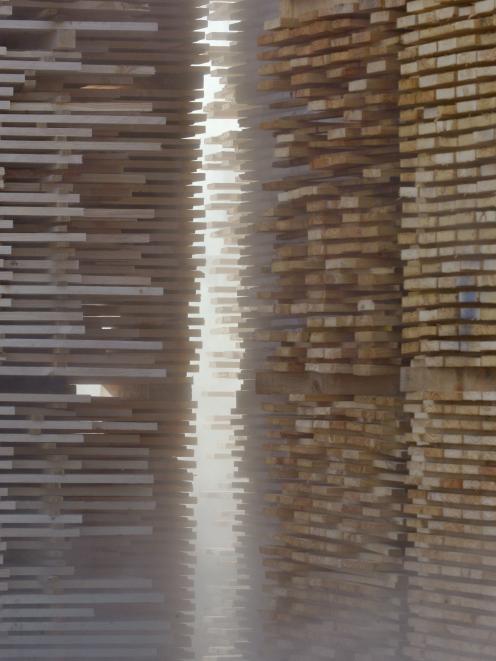 Business confidence, car sales and commodity price outlooks are all on the ascent around Dunedin, while consents for housing, commercial and infrastructure work are flat or down.

Nationally, GDP growth is at 2.5% compared with Dunedin's 2%, while all of Otago is at 2.9%, according to Infometric's senior economist Benje Patterson.

''Most indicators of [Dunedin] spending and investment are showing expansion, albeit at a slightly slower pace than earlier in the year,'' Mr Patterson said.

He said recent Statistics New Zealand data showed Dunedin's population increased by 1.4% in the year to June, after 1% growth the previous year.

''By comparison, population growth has averaged just 0.6% over the past 10 years.

''International net migration has been a key factor behind the recent rise, with Dunedin gaining a net 1060 migrants over the September year,'' Mr Patterson said.

The previous year, there were 720 migrants.

Mr Patterson said Dunedin's expanding population was adding to spending and investment in the city. Retail spending had climbed 3.5% during the year to September, according to electronic card spending data.

''This growth was even more rapid during the September quarter, with spending up 4.3% from its September 2016-quarter level,'' Mr Patterson said.

He said residential building consents were ''flat'' through winter, but were up 19% overall across the year to September.

''[However] the pipeline of non-residential building work remains strong because of a significant volume of previously consented projects and large projects on the long-term horizon, such as the Dunedin Hospital redevelopment,'' Mr Patterson said.

Businesses' confidence to invest had risen and they were also showing signs of hiring, with the number of people receiving jobseeker support continuing to ease, Mr Patterson said.

At 6.5%, unemployment in Dunedin was well ahead of the national average of 4.9%, but across all of Otago the average fell to 4.3%.

He said Dunedin's tertiary institutions would benefit from government policy initiatives, including increases to loan and allowance rates and the provision of a free year of tertiary study.

''Enrolments have declined over recent years, but new initiatives could dampen this decline,'' he said.

Mr Patterson said recent falls in the value of the New Zealand dollar against the major currencies would further increase domestic returns for exporters.

''Commodity prices have risen across the board over recent months, including for forestry, meat, horticultural products and seafood,'' Mr Patterson said.

For the year to September, 5201 cars were registered in Dunedin, up 5.9% and well ahead of the 10-year average of 744 vehicles, while commercial vehicle sales spiked 30% higher during the past year.