Researchers get in behind working dogs 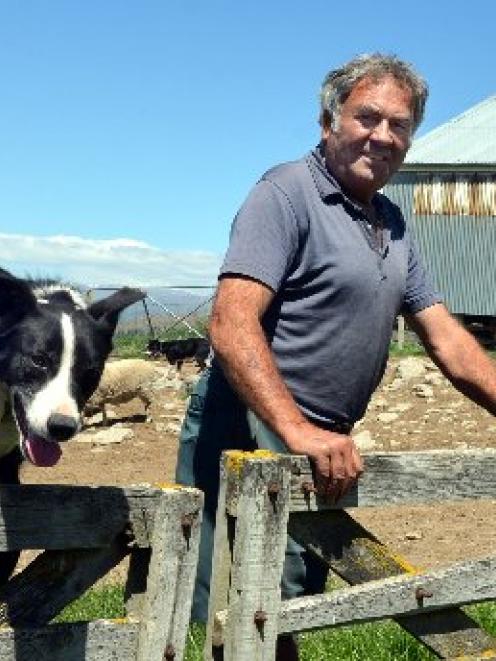 Lowburn farmer Jack Davis and dog Dick at work this week. Photo by Stephen Jaquiery.
Dogs might be man's best friend but on many New Zealand farms they are also often their best employees.

A research project has been launched to look at New Zealand working dogs' health, welfare and survival.

The TeamMate project is being led by Dr Lori Linney, from Vetlife Alexandra, who will work alongside Dr Naomi Cogger, from the EpiCentre at Massey University, the largest veterinary epidemiology training and research centre in Australasia.

Dr Linney, who emigrated to New Zealand from Canada in 1988, has a special interest in both soft tissue and orthopaedic surgery in working dogs.

She also has a fondness for working dogs, acknowledging the contribution they have made to the pastoral sector, but also their ''real personalities''.

''They're the biggest unpaid workforce ever, never more loyal and certainly uncomplaining. They are a dog you're just in awe of. They are just so cool,'' she said.

She was captivated by their ''amazing'' temperaments and the abilities they possessed.

''They get hold of you. It makes the job not a job. It makes it a pleasure,'' she said.

Animal recruitment was under way. More than 250 dogs would be involved in the project over a period of three to five years.

While there would be a strong focus on Central Otago, clients from throughout the Vetlife clinics in Canterbury and Otago would be involved.

Dr Linney was excited about the project, saying it was hoped to improve the welfare of dogs on farms and their working life, so farmers could maximise their investment in time and training.

''The idea is to get longer, happier lives out of them,'' she said.

There was also a strong relationship between farmers or shepherds and their dogs. . They worked as a team and farmers wanted them to be as healthy as possible.

Hopefully, some recommendations could be made that would optimise performance and limit injuries, she said.

The project was launched at Milford Galleries, alongside a Vetlife-commissioned Hannah Kidd sculpture of a shepherd and his dog, with a sheep, as part of her working dog exhibition.

Ms Kidd, a 2001 graduate from the Otago Polytechnic School of Art, spent about six months working on the exhibition. Originally from Christchurch, she now lived in Methven, a ''semi-rural area''.

She was fascinated by working dogs.