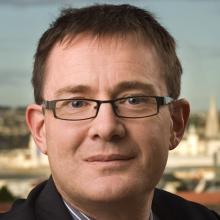 David Lont
Investors may not be getting a straight story about company earnings, a paper co-authored by Prof David Lont and Prof Paul Griffin says.

In the paper, the two professors say it is well known that over the past two decades, the traditional way of measuring profits, by generally accepted accounting principles (GAAP), has been increasingly overshadowed by other metrics in analyst forecasts, company press releases and clearing houses providing data on predicted and actual earnings.

Even though those alternatives, known collectively as "Street earnings", incorporate non-GAAP measures, they have been touted as providing a better picture of company financials. About 90% of S&P 500 companies now use at least one non-GAAP measure in earnings releases.

Prof Lont, the head of department of accountancy and finance at the University of Otago, and Prof Griffin, from the University of California at Davis, based their study on analysis of hundreds of thousands of quarterly earnings forecasts and reports involving more than 4700 companies.

While the trend towards heightened earnings surprises was seen across the entire sample, it was most pronounced among the S&P 500.

The authors found the practice "disquieting" given their focus on strong corporate governance practices and accounting controls. 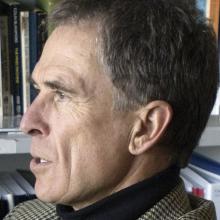 Paul Griffin
"Apparently, S&P 500 firms are driven by a stronger need to generate earnings surprises than are other firms."

Their paper, "Evidence of a Positive Trend in Positive Quarterly Earnings Surprise over the Past Two Decades", was among hundreds of scholarly presentations presented the American Accounting Association annual meeting, which earlier this month attracted about 4000 scholars and practitioners to National Harbor, outside  Washington DC.

The authors said the favourable view of Street earnings had not gone uncontested. Among scholars and investors alike, there had been outspoken doubters, including Berkshire Hathaway’s Charles Munger, who once referred to one of the most widely used non-GAAP measures of earnings before interest tax, depreciation and amortisation (ebitda) as "bull.... earnings".

"There are those who might claim that so far this century the US economy has experienced such a unusual period of economic growth it has taken analysts and investors increasingly by surprise each quarter with better-than-expected earnings performance for almost two decades.

Analysing surprises in Street quarterly earnings among the S&P 500 over a 17-year period, the professors found a doubling in the proportion of reported earnings that were between 5% and 15% per share above analyst forecasts. Results in that range increased from about 12.1% of all earning surprises in 2000 to about 25.5% in 2016.

At the same time, there was a precipitous decline in the proportion of Street earnings reports barely meeting analysts’ predictions.

Between the two periods of 2000-08 and 2009-16, the average proportion of positive earnings surprises squeezed between "zero and a penny" dropped by about 15% and the proportion between one and two cents fell by about 5%, the men said.

In marked contrast, the pattern of quarterly earnings surprises as measured by GAAP was much more stable over the same 17 years.

Among the S&P 500, GAAP earnings results between 5c and 15c per share above expectations represented about 10% of earnings surprises in the two years 2000-01 and about the same percentage in 2015-16.

It used to be a significant number of firms reported earnings either meeting or just exceeding Street expectations, the authors said.

To accomplish the result,  managers would probably either make small late changes to pre-managed earnings or analysts would intentionally under-forecast reported earnings by similar amounts.

The behaviour had mostly died out. If firms no longer reported earnings just to meet or exceed Street forecasts, they must be doing something different.

The professors said management’s earnings manipulation must be of a different form and, possibly, more acceptable to shareholders’ agents such as auditors, directors and regulators.

Non-GAAP earnings management was one such form.

If the monitors were intent on guarding against "penny-ante" manipulation, it made sense for managers to up the ante, particularly when doing so not only brought handsome rewards but was facilitated by growing acceptance of non-GAAP numbers.

Stock analysts were also likely contributors to the trend, the authors suspected.

Analysts might increasingly bias their Street expectations downwards to generate a more positive response from earnings surprises for their clients.

"The reason has merit if the reporting firms reward analysts with more business or more access to the firm information as a result of helping firms create a positive earnings surprise."

Although the researchers found analyst forecast accuracy had not significantly declined in the 17 years covered by the study, they noted an improvement in accuracy achieved in previous years had come to a halt.