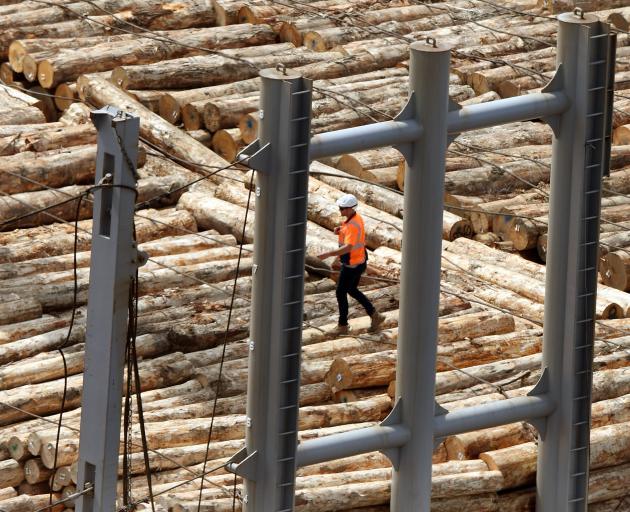 "At the outset it was about saving the 10 jobs at the former City Forest-owned drying plant, though the site would be ideal for the proposed Milburn logging terminal," he said.

Port Otago operations general manager Kevin Kearney yesterday confirmed the port was continuing to look at inland alternatives to its Port Chalmers and Dunedin storage and berthage, although he did not add any detail as to where it might be.

KiwiRail executive sales and commercial general manager Alan Piper confirmed KiwiRail was investigating the potential for a road-rail hub in the Milton/Milburn area as part of a larger feasibility study covering Otago and Southland through the Government's Provincial Growth Fund.

Mr Piper said the study was expected to be finished towards the end of the year and would be be sent to the Ministry of Business, Innovation and Employment for ministers to consider.

"KiwiRail is well aware of the benefits of shifting more South Island freight on to rail, including for the environment."

A case study included in a just-released South Island freight study suggested the potential volume of railed freight from a Milburn site could be 50,000 tonnes of logs, to both Port Otago and South Port.

The report, prepared by international transport specialists Stantec for the South Island Regional Transport Committees, suggested that potential for the site was "moderate", as it "needs development of a new terminal and sufficient rolling stock to handle new traffic".

Broader conclusions from the study suggested that freight movements in the South Island would increase by 40% over the next 30 years and that "rail freight would be an economic way to take pressure off South Island roads".

"Road freight has more negative impacts than rail or coastal shipping, but costs are not captured in current pricing.

"We pay through increased congestion, crashes, air quality, fossil fuel emissions and the higher numbers of trucks on our roads causing more wear and tear," he said.

The South Island generates about a third of the nation's freight, about 80million tonnes per year, with the forecasted increase mostly due to the agriculture and mineral industries, and population growth.