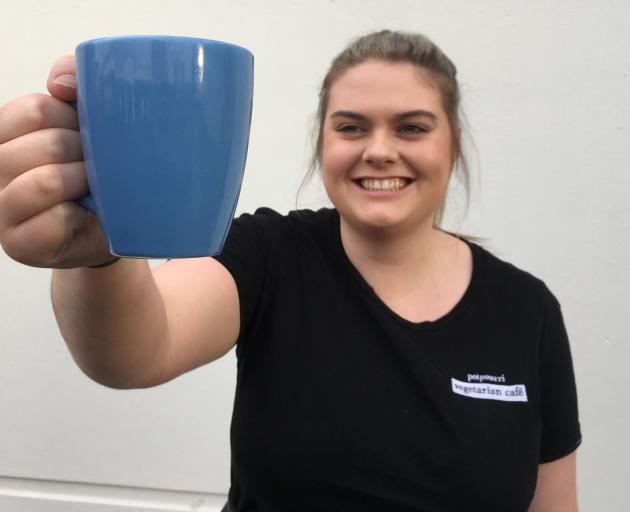 Potpourri Vegetarian Cafe barista India Smith, of Dunedin, displays a ceramic mug from a mug library in the cafe to reduce the use of disposable coffee cups. Photo: Shawn McAvinue

A Dunedin cafe has opened a ‘‘mug library’’ so customers can ‘‘choose to refuse’’ the use of disposable coffee cups.

The ‘‘mug library’’ was a way for the business in Stuart St to encourage people to reduce single use waste, Mrs Procter said. Customers could borrow a mug, use it and return it for the staff to clean and put back in the library.

Rather than a traditional library membership system, the library relies on honesty. 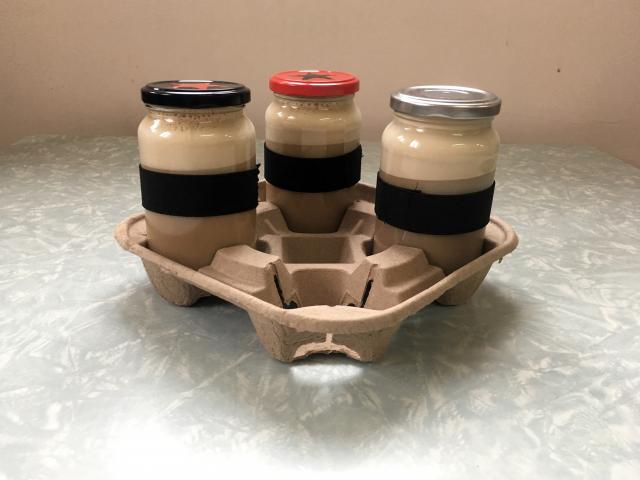 People using a disposable coffee cup would be charged extra. Photo: Shawn McAvinue
Coffees could also be served in jars, with lids, if a customer was concerned about spillage when transporting, she said.

The library would be a permanent fixture in the cafe, she said.

‘‘We’ll be carrying it on beyond July.’’ The cafe would be ‘‘grateful’’ for any mug donations for the library, she said.

People using a disposable coffee cup would be charged extra.

Almost all disposable coffee cups had a plastic lining, usually oil or plant based, which could not be recycled in Otago and they often ended up in landfill or waterways, she said.