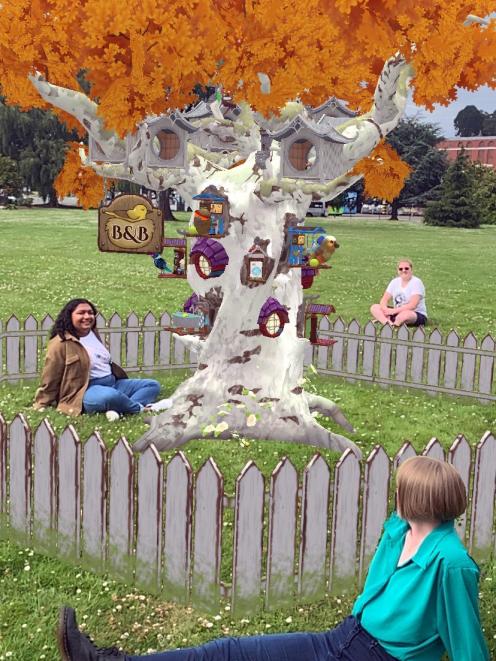 ‘‘Bird BnB’’ gets players to use their phone cameras along with AR technology in the game to plant a tree where birds can be cared for.

Players are then rated on how well they treat various birds.

‘‘Every bird has a different list of needs they need you to take care of. They might need to eat some berries, have a bath or have a nap.

‘‘You work through these tasks with each of the birds and then when they check out depending on how well you’ve looked after them they’ll give you a rating for your bed and breakfast.’’

The free game came out today and can be downloaded on Google and Apple app stores.

It has taken Runaway staff a year to build.

‘‘We’ll be watching and seeing how the players react to it as it rolls out all over the world.’’

Runaway Play were particularly interested in how its biggest markets — China and the US — would react.

The company had been experimenting with AR but this was its first game fully using that technology.

Bringing in a new technology meant staff would upskill themselves as they kept up with game design and maintenance.

AR connects with the cameras on people’s phones to overlay the game on real-world images from the lens of the phone.

Runaway’s player base, usually women aged 18 to 45, had requested a game involving birds.

That game will be based on a real dog sanctuary in Tennessee that is well known among social media users.