Miller Studios back in action 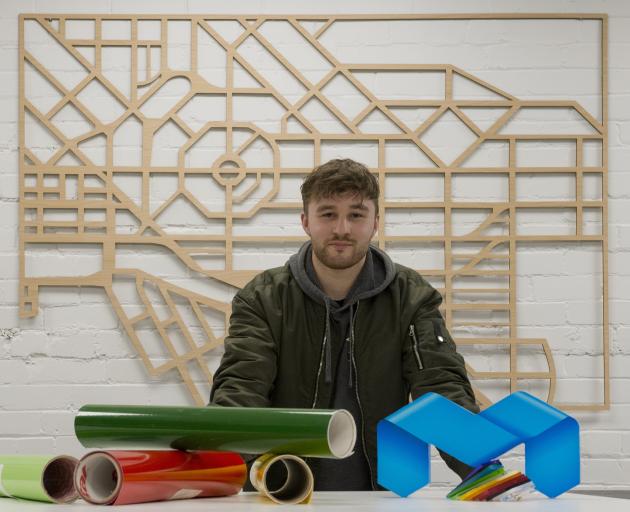 Miller Studios production manager Oliver Kloogh, who is standing in front of a map of Dunedin laser cut by one of the company’s machines, is happy to be back at work. PHOTO: GERARD O'BRIEN
A long-time Dunedin design business has restarted after closing down in March when business dropped off because of Covid-19.

Signwriting and design company Miller Studios, which had been around for 107 years when it closed in March, is up and operating again, albeit with a smaller team.

Production manager Oliver Kloogh, who worked for the company for about three years, said he and investor and businessman Reece McChlery bought the brand to restart the business, which will officially reopen on September 1.

Mr Kloogh said four staff members from the previous team were back, and he hoped there would soon be more.

"The goal is to get the whole crew back in.

"It’s a really exciting time for us and we’re happy to get back to doing what we love to do."

The original company, founded in 1913, was involved in creating stained glass windows for some of New Zealand’s historic churches and buildings, and evolved to do design, shop fit-out and sign work.

Sign work would be the initial focus for the team.

Mr McChlery said the new Millers Studios was at the same site as the original business in Anzac Ave. The company had a lease for two years, during which time it would look for a more purpose-built premises.

“We see a big future in Dunedin so we’re backing it,” he said.

Dunedin Mayor Aaron Hawkins said he was impressed with the foresight of the new Miller Studios investment.

“At a time when business confidence has taken a blow due to the effects of Covid-19, it’s tremendous to see smart investors embracing opportunities in the regions."