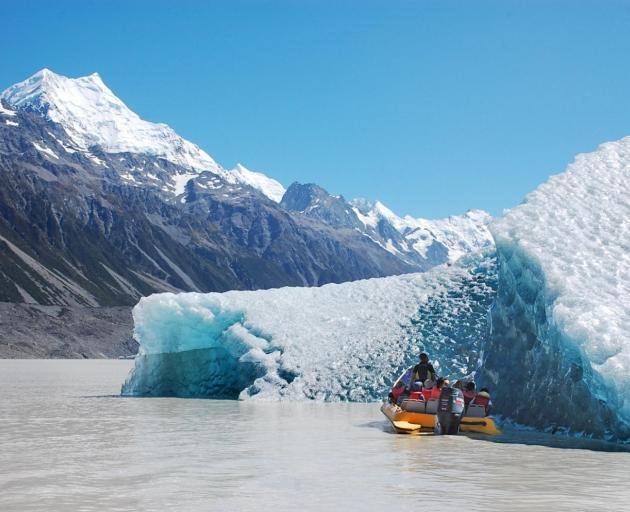 A Magic Memories image of tourists beside an iceberg, with Mt Cook in the distance. Photo: Magic Memories
Otago has fared well in the annual Technology Investment Network report, with one of the highest revenue growth rates in the country.

Queenstown-based tourism photographers Magic Memories made the top 10 of the overall Technology Investment Network (TIN) 200 companies, while Dunedin specialist engineering company Scott technology made the top 10 ''companies to watch'' list, and seven other Otago companies were also in the top TIN 200 list.

The TIN report benchmarks the performance of the New Zealand's 200 largest, globally focused technology companies; with 700 businesses having been surveyed.

''This year, the performance of New Zealand's tech export sector is sending a strong message that it has the potential to become our country's leading source of offshore income'', Mr Shanahan said. 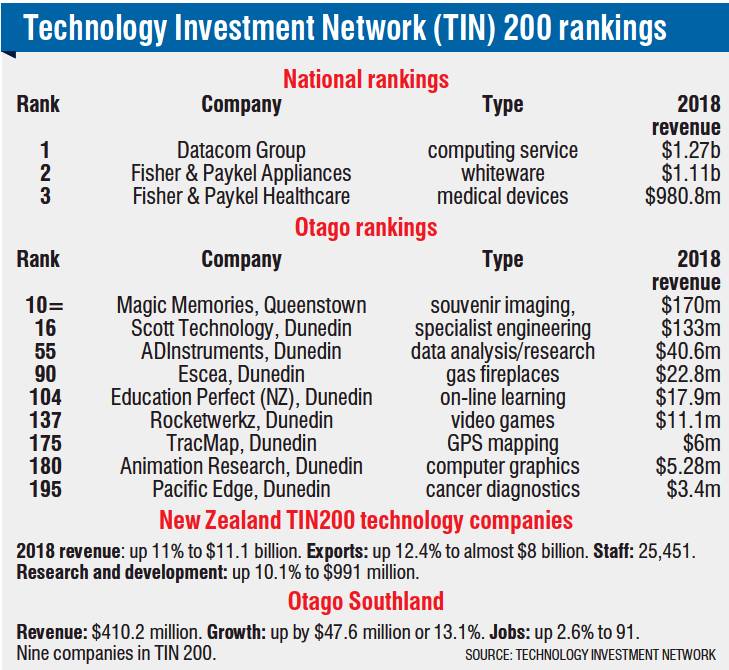 The North American and Australian markets provided the bulk of export dollar growth, combined at $571 million, and Europe was the fastest-growing sector, up by 16.7%, showing the TIN 200 companies had the ability to compete and win globally, he said.

Sixth and seventh went to respectively Canterbury-upper South Island, up 7% to $878.9 million and central North Island, up 5% to $2265.4 million.

Mr Shanahan said growth was spread across New Zealand and more than half the regions achieved revenue increases above 10%.

He noted foreign investment ''remained buoyant'' and TIN200 companies had received more than $200 million from offshore investments during the past two years.

For TIN 2018, specialist engineering company Scott Technology in Dunedin was singled out for being eighth in the top 10 list for the largest revenue growth, and one of the top 10 ''companies to watch'' this year.

The report said Otago achieved notable growth of 13.1% or by $48 million.

''The region contributed 3.7% to the overall TIN200 revenue for the year, with total turnover of $410 million,'' the report said.

The lower South Island-Otago was home base for several scale-up technology firms, and laid claim to the highest five-year compound annual growth rate (CAGR) of all the regions, at 19%. Queenstown-based Magic Memories and Dunedin's Scott Technology were the two largest and fastest growing firms of the nine companies in Otago, the report said.

Awesome before Cull jumps on the glory bandwagon, will somebody please explain to Cull that his golden ticket of IT for employment in Dunedin doesn't stop suit all and it doesn't bring the follow on industries that other businesses could bring.