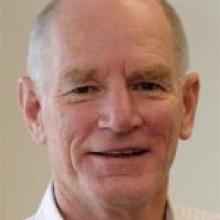 Colin Brown
Mosgiel-based company TracMap will compete for a share of $US500,000 later this year after winning a category of an international security title.

It is one of six regional winners from around the world to compete for the international title in London in October. The challenge looks for new technologies and innovations that address public security needs.

Managing director Colin Brown made his presentation on the company's newly released search and rescue system at the Security 2011 Exhibition last week.

He and the rest of the TracMap team were "over the moon" to have gained "such a massive international accolade" and the boost in profile that went with that.

"The award recognises the work we have put into making our GPS guidance and reporting systems both functional and very effective, and validates our vision for the global potential of our products. We are very proud of what we have achieved," Mr Brown said.

A key component of TracMap's award-winning solution was the aviation search and rescue system, which allowed the most effective search patterns to be created. That made the difficult task of allocating and accurately searching large areas significantly easier.

The first system installed into Westpac Rescue Helicopters in Auckland was estimated to have reduced flight time for searches by up to 50% as a result of accurate flying of the search pattern, elimination of the requirement to re-fly areas to ensure complete coverage, and the ability to have a co-ordinated systematic approach to the search.

With a staff of 22, the company exports products to eight countries, including North America, Russia, South Africa and Australia.