In the case of larger retail chains, millions will be coming in the door from extended warranties. Photo: Getty Images

There's been a steady stream of warning letters and fines for retailers who sell extended warranties. Or, at least, those who sell them without meeting their legal obligation to inform a customer about the Consumer Guarantees Act (CGA), which already has them covered for many situations.

On Friday, for example, came the news that Noel Leeming (part of The Warehouse Group) had been fined $200,000 for misleading consumers about their rights under the CGA.

And on October 1, computer retailer PB Tech got hit with a $77,000 fine for similar offences.

But in the context of the revenue involved, they could also be called modest.

In PB Tech's case, for example, the Commerce Commission alleged that between May 11 and November 30, 2017, the chain sold 4150 of its PB Care extended warranties and AppleCare Warranties without giving customers the information they needed to make an informed choice. 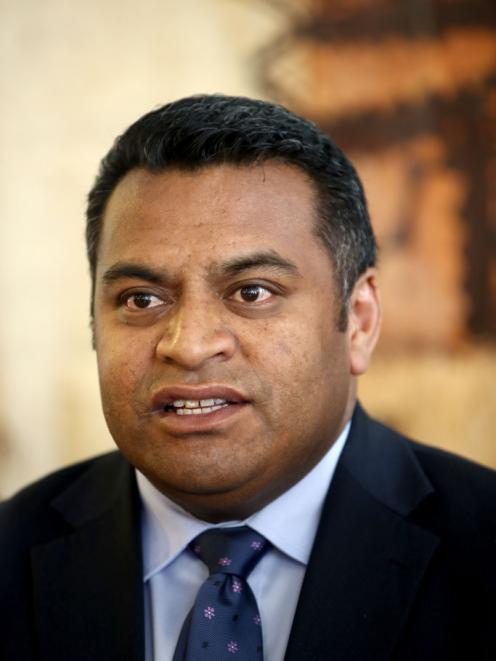 PB Care warranties were sold for between 10-15 per cent of the value of the goods, depending on the length of the warranty. AppleCare warranty prices also varied depending on the product. The commission gave the example that a two-year warranty for a $460 Apple iPad was $129.56 - implying revenue from extended warranties would have been in the hundreds of thousands during the period of offending.

In the case of larger retail chains, millions will be coming in the door from extended warranties.

Consumer NZ says there needs to be a deterrent effect in these verdicts, but it's not seeing it.

The Fair Trading Act allows for fines of up to $30,000 per offence for the type of offending involved (and the largest fine the act allows for is $600,000). Noel Leeming faced eight charges and PB Tech 14, but each got discounts for pleading guilty and co-operating.

But even if they had been hit with the maximum amount (which would have been $240,000 in Noel Leeming's case), it would not have been a big sum in the grand scheme of mass market retail.

The commission can also issue warnings, but implied in the Noel Leeming case that these can be ineffectual. It said it had warned or issued compliance advice to Noel Leeming about potentially misleading consumers as to their CGA rights three times since 2007.

"At present, the maximum is $600,000. In comparison, Australia has increased penalties under its fair trading legislation to A$10 million," she says.

"The courts there can also look at the revenue the company earned from its offending and charge a higher fine if warranted."

The Aussie equivalent to the commission, the Australian Competition and Consumer Commission, has used its wider powers too. It took a federal case against Apple which, on June 19, was ordered to pay A$9m in damages in an extended warranty case.

That's the sort of sum that makes everybody sit up and take notice.

The Commerce Commission should also be given broader powers to issue fines, without the need to go to court, when there are clear breaches of the Fair Trading Act, Wilson says.

Faafoi says he asked Ministry of Business, Innovation and Employment (MBIE) to review consumer laws, including the Fair Trading Act, in a process that started in June this year.

"I am expecting their advice early in 2019, including in relation to enforcement and remedies under the Fair Trading Act," he says.

"I will then consider whether these are still fit for purpose, or whether we need to make more change to ensure they deliver the right outcomes and provide the right protection for consumers."

Your rights under the CGA

Consumer has labelled extended warranties as worthless in most cases, given customers are being sold rights they already enjoy under the Consumer Guarantees Act.

There can be reasons to buy an extended warranty. The CGA doesn't apply to business purchases, and some extended warranties will give you a replacement while a good is under repair, for example.

But a retailer can only sell one if they provide a customer with a summary of their rights under the CGA first, plus a summary of how the retailer's extended warranty compares to the CGA.

They are also obliged under the Fair Trading Act to inform a customer - verbally and in writing - that they can cancel an extended warranty within five working days if they change their mind.

The CGA says a product has to be of acceptable quality and last a reasonable amount of time (that is, as opposed to an arbitrary one or two-year warrant limit set by a seller).

If a product does not meet those criteria, it has to be repaired or replaced (and replaced with a new good, not a refurbished or second-hand one).

The onus is on the retailer to lead this process (Noel Leeming got into trouble, in part, for telling a consumer they had to approach Apple and Microsoft themselves to sort out problems).

There are counter-arguments to fines being hiked. There is brand damage and embarrassment factor involved in a prosecution that some would say has more impact than any fine. And a lot of retailers are changing their ways (Noel Leeming and PB Tech both had their fines reduced in acknowledgement of their co-operation).

But is this enough? Faafoi will decide in the New Year.