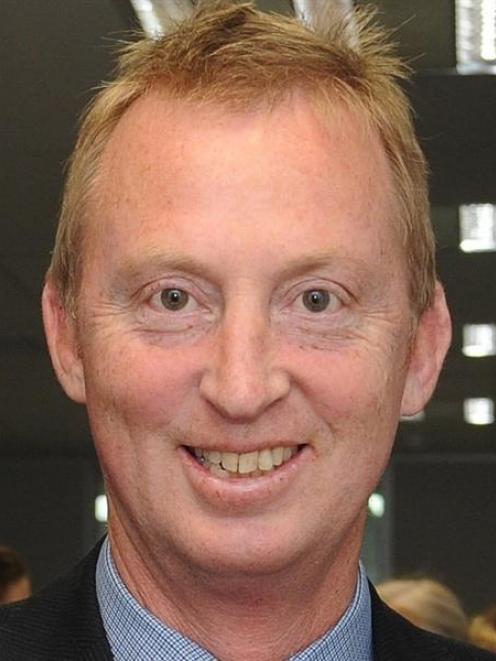 Peter McIntyre.
Shares in East Otago-based Oceana Gold have gained more than 70% in value during the past four months, propelling the company's market capitalisation to more than $1 billion for the second time in 22 years.

Oceana's stellar share performance comes at a time when some of Australia's largest industrial metal mining companies are staggering under debt, amid plummeting coal and iron ore prices and waning Chinese demand for raw materials.

Craigs Investment Partners broker Peter McIntyre said while precious metal prices did not work in tandem with industrial metal prices, Oceana was closing in on getting copper production under way at its northern Philippines gold-copper development mine, Didipio, later this year.

"Copper has had a strong story and investors have been following it," Mr McIntyre said.

Oceana intended to use copper production to offset a massive increase in gold production costs, up 200% during the past four years, the company said recently.

Global spot gold prices have risen more than 15% during the past six-months, trading about $US1760 ($NZ2130) yesterday, with investors showing renewed interest in the historical hedge against inflation.

More than five years ago, Oceana's market capitalisation stood at just $55 million, then soared to make it a billion-dollar plus company in October 2010, when its shares went on to peak at $5.41.

Mr McIntyre said with more fiscal and monetary policy stability in evidence from Europe and the United States, there might be a rebound in demand for industrial metals from China.

Peter McIntyre.
However, he cautioned that while expecting price strength to continue, the physical demand outlook towards the end of the year could remain "bleak" for industrial metals.

"With Chinese industrial production growth decelerating, there appears no sign of recovery in the short term," he said.

Also underpinning project longevity at Macraes are the three original open-cut mines - Round Hill, the Southern pit and Innes Mills - which were filled in but have now been earmarked as part of the wider plan, based on known resources and reserves, to extend operations until 2020.

In recent years, part of the exploration programme at Macraes was to probe into the eastern side of the closed pits to quantify the potential, NZResources.com has reported.

Macraes operations general manager Bernie O'Leary said the first pit to be reopened, perhaps in two years, would be the Southern pit as part of it acts as a tailings pond which would need to be extended further east into Tipperary Creek, a natural basin that would provide a new tailings area.

The Frasers pit, developed in 1998, is set to be deepened from its highest wall to about 350m. It is a mining operation which has annualised ore and waste mining of about 50 million tonnes.

In recent weeks, BHP Billiton and Rio Tinto have laid off hundreds of staff at some Australian projects and scaled back billions of dollars in development plans.

Shares in Pilbarra iron ore giant Fortescue Metals Group lost $A1.5 billion ($NZ1.9 billion) in market capitalisation last week as concerns were aired over repayment of its gross debt of about $US9 billion, amid plummeting ore prices. This week, it secured a $US4.5 billion credit facility for its borrowings, the stock spiking almost 16%.

Fortescue had been in talks with Westrac to save Fortescue's balance sheet through a $A1 billion sale-and-leaseback deal of rolling stock and heavy machinery, AAP reported.

That followed a $A300 million sale of a power station at one of Fortescue's mines last week, along with delaying $US1.6 billion of capital expenditure and cutting 1000 jobs and operational costs by $300 million.