SHPG best in the business 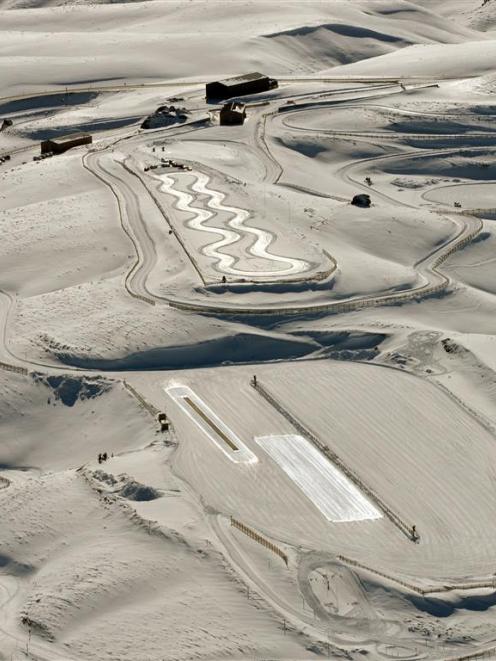 The business was named Proving Ground of the Year at the Automotive Testing Technology International awards and then claimed the supreme prize of Company of the Year.

SHPG, the only one of its kind in the southern hemisphere, is a world-leader in counter-seasonal product testing.

The facility operates largely under the radar of the general public, injecting millions of dollars into the local economy.

It covers 400ha of privately-owned land which is open from June to September each year, attracting car manufacturers from around the world seeking a secure facility to test new vehicles in winter conditions.

It was back in the 1980s when Cardrona Valley entrepreneur John Lee first received a call from Dunlop New Zealand, on behalf of Japanese company Sumitomo, looking for a suitable site for testing tyres in the snow.

In 2005, the business was sold to a group of Christchurch-based businessmen.

Since then, more than $40 million had been invested in the business, managing director Tom Elworthy said.

Receiving the awards was a "huge endorsement'' of the hard work that had gone in, Mr Elworthy said.

Also short-listed for proving ground of the year were facilities in the United States, United Kingdom and Sweden.

It was the first time SHPG had won the awards.

Mr Elworthy estimated there were 50 to 60 proving grounds in the northern hemisphere, including Japan, Canada, United States, Sweden, Finland and China.

Investment had been made in recent years in new technology, machinery, snowmaking equipment and people, providing a diverse array of facility and tracks at SHPG to accommodate the company's range of clients, he said.

It was "quite a tricky'' business, as it was always changing.

As technology improved, requirements for testing facilities got "greater and greater'' and even the likes of snow surfaces had to be increasingly exact.

"Technology is getting more and more sensitive,'' Mr Elworthy said.

It had grown from 12 to 16 facilities, each individual areas that could be hired by customers and independent from other facilities.

This year, SHPG hosted more than 45 companies and more than 500 engineers and supporting staff between mid-June and early September from the OEM (original equipment manufacturer), supplier and tyre sectors.

A lot of money was spent air-freighting vehicles to New Zealand and SHPG had to ensure it was "at the top of the game'' to ensure the companies kept returning.

But customers were saying testing in New Zealand was the "best anywhere'' and that was quite flattering, he said.

It was estimated the business contributed between $25 million and $30 million to the local economy each year, he said.

SHPG general manager Shaun Gilbertson praised the "hard work and dedication'' of the staff, mainly drawn from Wanaka and Queenstown, and suppliers.

"When we open we're all go for a relatively short period of time, so it's all hands on deck on a daily basis and everyone goes above and beyond to make it happen. We really wouldn't be as successful as we are without the staff we have and our wonderful suppliers,'' he said.

SHPG employed 12 full-time staff and up to 80 during the busy winter period.

Mr Elworthy said the company's focus in the future would be on meeting the needs of its clients, as "real-world'' testing remained a critical part of the development programme of any vehicles.

It was planned to install hydrogen refuelling in the near future and the company would continue to work with clients to install charging facilities for them, as the need arose.

"We already have numerous chargers installed in various locations and are seeing growing demand for this infrastructure, not surprisingly,'' he said.

SHPG saw testing of autonomous and assisted-driving vehicles "rapidly coming our way'' and was working closely with the New Zealand Government to do that.

New Zealand was the perfect test-bed for such technologies, due to the wide variety of environments easily accessible within very short distances, and the availability of closed facilities as required, he said.