Something interesting growing in the Petridish

Petridish members at workstations yesterday with some of the offices in the background. Photos: Christine O'Connor
Dunedin-based shared business space company Petridish is in major expansion mode,  looking to increase its business membership eightfold to  potentially  300 people over the next 18 months.

Floor space will increase from the present 170sq m to  2600sq m  as more building space becomes available for lease.

Petridish owners Jason and Kate Lindsey (both 42) are expecting to plough more than $3 million into the expansive project, creating shared work spaces ranging from individual desk spaces, available for just an hour, to full-time  studio spaces with meeting rooms.

The couple, having settled in Dunedin with two teenage daughters, are impressed by Dunedin’s community spirit and encourage collaboration and sharing between Petridish members,  to bring different perspectives to the fore. 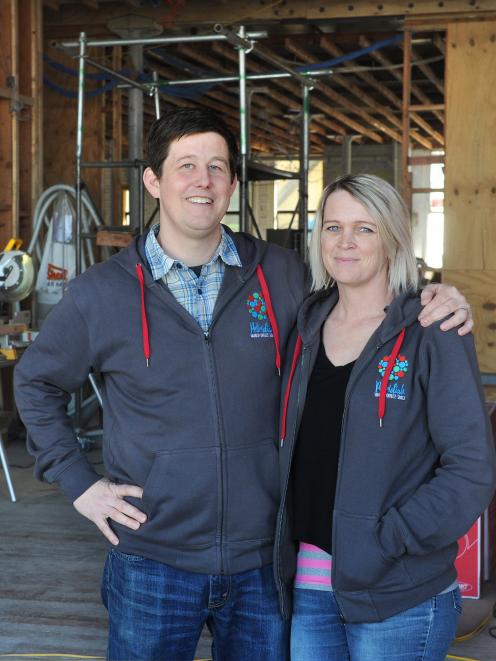 Jason and Kate Lindsey. of shared business space company Petridish, in Stafford St, Dunedin. Photos: Christine O'Connor
While the business end of Petridish is its paying membership, the couple have five negotiable scholarships for start-up businesses on offer on each floor, host free community events and offer free space to non-profit organisations and charities, some of which have their monthly meetings at Petridish.

"It [the interaction] can benefit the start-ups but also the community groups themselves," Mrs Lindsey said.

Constructing the businesses in phases made it more manageable, she said.

Another project is possibly Dunedin’s first footpath "parklet", or green seating space,  outside the building, designed for pedestrians and the public to use, Mrs Lindsey said.

"Casual" members pay $199 per month to "hot seat" two days a week during working hours, with some storage and internet access. The most popular package is "resident", at $499, with permanent desk, meeting rooms, Wi-Fi or Ethernet.

At $699 per month, the studio package has meeting room, offices, Wi-Fi or Ethernet, signage and is accessible 24/7.

Mr Lindsey is originally from Nebraska and has a film-making background, and Mrs Lindsey, from Christchurch, moved back  there after a decade in Los Angeles, then opened Petridish in August last year.

In  a matter of weeks of opening, the existing 170sq m of shared spaces was filled and had attracted more than 40 businesses, ranging from single-person businesses to larger companies opening a "Dunedin branch" with several staff, Mr Lindsey said.

The five-storey, triple-brick earthquake-proofed Stafford St building, from its basement to its five-bedroom penthouse, is well placed to absorb  200 to 300 members, the Lindseys envisage.

Construction is well under way on a further 330sq m and plans are afoot to add 700sq m and ultimately the last phase of a further 1400sq m next year.

Construction workers from Petridish tenant Seaview Cottage Construction are on site at present installing steel frames which will mean the building is earthquake-strengthened  to more than 100% once completed.

During yesterday’s interview, Mrs Lindsey said Ombrellos restaurant confirmed it was putting in a licensed cafe by February, to be called Ombrellitos, while another Dunedin tech company called to confirm its tenancy.

In conjunction with Cosmos Events, Mrs Lindsey said they had started a Women in Business group, which had attracted 330 participants during the past two months. A seminar is in the pipeline.

Not a couple to neglect space, they have the five-bedroom "penthouse" atop the building available on Air BnB, with a regular business clientele.

There is a wish list for creating a gym, parents and kids room and yoga and meditation spaces in the future.